The Wayward Witch and the Feelings Monster

POLLY AND BUSTER: BOOK ONE

Description - The Wayward Witch and the Feelings Monster by Sally Rippin

Who ever heard of a witch and a monster being friends?

Everyone knows that witches don't mix with monsters. Witches are educated, clever, sophisticated. But monsters? Monsters are just uncouth. Some are even dangerous.

But Polly the witch and Buster the feelings monster have been best friends forever.
It's the sort of friendship that makes your heart squeeze with happiness.
Somehow, they've managed to keep their friendship a secret.
Until one day, when everything changes ...

Sally Rippin is the author of over 50 books for young readers, including the best-selling Billie B Brown early reader series, and its recent spin-offs, A Billie B Mystery, Billie's Adventures and the Hey Jack! series. Her new series Polly and Buster is accompanied by her own enchanting illustrations. 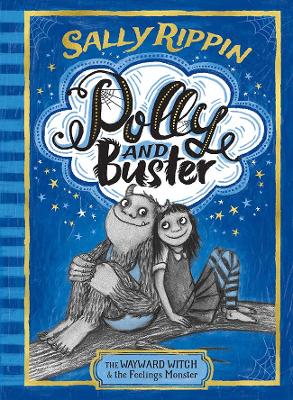 » Have you read this book? We'd like to know what you think about it - write a review about Wayward Witch and the Feelings Monster book by Sally Rippin and you'll earn 50c in Boomerang Bucks loyalty dollars (you must be a Boomerang Books Account Holder - it's free to sign up and there are great benefits!)

Sally Rippin was born in Darwin, but grew up mainly in South-East Asia. She has a very clear memory of herself as a child. She remembers the details of her primary school years with surprising clarity: the trials, the treasons, the tribulations, as well as all the lovely things that exist in childhood friendships. Perhaps this is the main reason behind why she is the successful author and illustrator of over 50 published children's books; many of them award winning, including two novels for young adults. She aims to write stories with heart. Her most recent books include the best-selling Billie B Brown early-reader series and its recent spin-offs, A Billie B Mystery, Billie's Adventures and Hey Jack! series. These are quality stories with characters that have struck a chord with children, their parents, teachers and librarians alike, and has gone on to cement Sally's position as Australia's highest selling female author, third-highest selling children's author, and eighth-highest selling author overall. Sally's brand new junior-fiction series Polly and Buster is very close to her heart as it's a story she's wanted to write for some time. As a bonus to fans, Sally - who spent three years studying fine art in China as a young adult - has stunningly illustrated Polly and Buster herself!