We Are All Completely Beside Ourselves

Description - We Are All Completely Beside Ourselves by Karen Joy Fowler

Rosemary's young, just at college, and she's decided not to tell anyone a thing about her family. So we're not going to tell you too much either: you'll have to find out for yourselves, round about page 77, what it is that makes her unhappy family unlike any other.
Rosemary is now an only child, but she used to have a sister the same age as her, and an older brother. Both are now gone - vanished from her life. There's something unique about Rosemary's sister, Fern. And it was this decision, made by her parents, to give Rosemary a sister like no other, that began all of Rosemary's trouble. So now she's telling her story: full of hilarious asides and brilliantly spiky lines, it's a looping narrative that begins towards the end, and then goes back to the beginning. Twice.

It's funny, clever, intimate, honest, analytical and swirling with ideas that will come back to bite you. We hope you enjoy it, and if, when you're telling a friend about it, you do decide to spill the beans about Fern - it's pretty hard to resist - don't worry. One of the few studies Rosemary doesn't quote says that spoilers actually enhance reading.

Buy We Are All Completely Beside Ourselves by Karen Joy Fowler from Australia's Online Independent Bookstore, Boomerang Books. 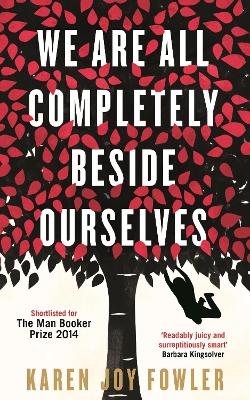 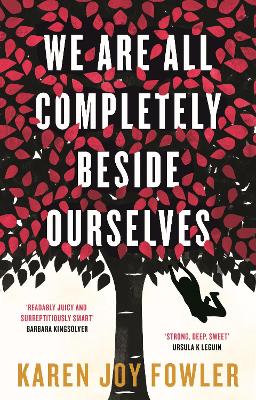 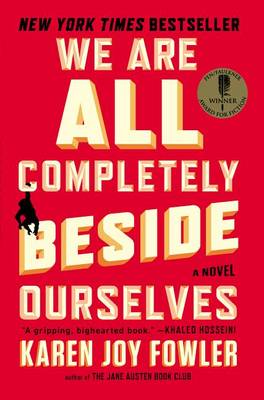 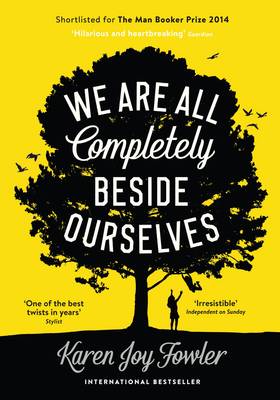 » Have you read this book? We'd like to know what you think about it - write a review about We Are All Completely Beside Ourselves book by Karen Joy Fowler and you'll earn 50c in Boomerang Bucks loyalty dollars (you must be a Boomerang Books Account Holder - it's free to sign up and there are great benefits!)

Book Review: We Are All Completely Beside Ourselves by Karen Joy Fowler - Reviewed by CloggieA (11 Jun 2016)

“You learn as much from failure as from success, Dad always says. Though no one admires you for it”

We Are All Completely Beside Ourselves is the eighth novel by prize-winning American author, Karen Joy Fowler. Rosemary Cooke’s sister Fern disappeared from her life when she was just five years old. When she was nearly twelve, her brother Lowell left. The absence of her two beloved siblings was never discussed at home.

From the perspective of a kindergarten teacher in her late thirties, Rosie tells the story of her unusual upbringing. She starts in the middle, during her time at UC Davis, because she had been told, often enough, by her psychologist father: “Skip the beginning; start in the middle”.

By this time, the once loquacious girl was almost taciturn. Throughout her childhood, members of her family advised “If you have three things to say, just tell the most important one”. Even more effective at reducing her chat was her brother’s later remonstration “If only you had, just for once, kept your goddamn mouth shut!” She still “thought as much as ever… Without the release of talking, these thoughts crowded my brain. The inside of my head turned clamorous and outlandish, like the Mos Eisley spaceport bar in Star Wars”

In the telling of the how and why her siblings are absent, Rosie delves into psychology experiments and primates and the unreliability of memories. And while a psychologist practicing on his family is probably de rigeur, today’s ethics committees would surely have vetoed what took place during Rosie’s childhood.

While the theme of love, of loss, and cruelty gives the story an undercurrent of sadness, Fowler includes plenty of humour, some of it quite black. She gives the reader a collection of quirky characters; her descriptions of faculty life in an Indiana college town in the late seventies and a Californian University town in the mid-nineties has a very genuine feel, no doubt as they draw on her own life experiences. Lost luggage, a French Revolution puppet and animal liberationists all feature. A clever, moving and thought-provoking read. 4.5 stars

Karen Joy Fowler is the author of six novels and three short story collections. The Jane Austen Book Club spent thirteen weeks on the New York Times bestsellers list and was a New York Times Notable Book. Fowler's previous novel, Sister Noon, was a finalist for the 2001 PEN/Faulkner Award for fiction. Her debut novel, Sarah Canary, was a New York Times Notable Book, as was her second novel, The Sweetheart Season. Fowler's short story collection Black Glass won the World Fantasy Award in 1999, and her collection What I Didn't See won the World Fantasy Award in 2011. We Are All Completely Beside Ourselves won the 2014 PEN/Faulkner Award for Fiction. Fowler and her husband, who have two grown children and five grandchildren, live in Santa Cruz, California.