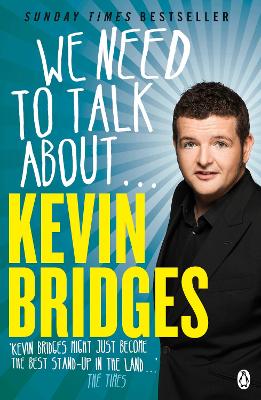 We Need to Talk About . . . Kevin Bridges

Aged seventeen, Kevin Bridges walked on stage for the first time in a Glasgow comedy club and brought the house down. He only had a five-minute set but at that moment he discovered he really could earn a living from making people laugh.

Kevin began life as a shy, nerve-ridden schoolboy, whose weekly highlights included a cake-bombing attack by the local youths. Reaching his teens, he followed his true calling as the class clown, and was soon arrested for kidnapping Hugh Grant from his local cinema one Saturday night. This was a guy going somewhere - off the rails seeming most likely. This is the journey Kevin has taken to become one of the most-loved comedians of our time.

'The best Scottish stand-up of his generation.'Scotsman
'A preternaturally gifted young comic.' Independent 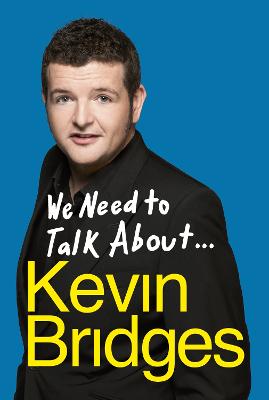 » Have you read this book? We'd like to know what you think about it - write a review about We Need to Talk About . . . Kevin Bridges book by Kevin Bridges and you'll earn 50c in Boomerang Bucks loyalty dollars (you must be a Boomerang Books Account Holder - it's free to sign up and there are great benefits!)

Kevin Bridges, Scotland's 'young comedy prodigy' (Guardian), has followed a meteoric path, from his first five-minute set in The Stand comedy club in Glasgow to selling out the SECC to a record-breaking 100,000 fans. He was born in Clydebank, and still lives in Glasgow. Now, at the tender age of just twenty-seven, Kevin puts pen to paper to tell his story so far in his brilliant memoir, We Need to Talk About . . . Kevin Bridges.

A Preview for this title is currently not available.
More Books By Kevin Bridges
View All