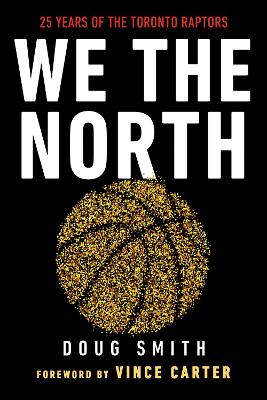 Description - We The North by Doug Smith

Bringing Jurrasic Park to your home, a celebration of the 25th anniversary of Canada's most exciting team.

"Doug Smith always gets the first question in any Raptors press conference--as the dean of our press corps, he's been in the front row for every development over the past 25 years. There's no one better placed to write a history of our team's first quarter century."
--Nick Nurse, head coach, Toronto Raptors

Bringing Jurassic Park to your home, a celebration of Canada's most exciting team.

When the Toronto Raptors first took the court back in 1995, the world was a very different place. Michael Jordan was tearing up the NBA. No one had email. And a lot of people wondered whether basketball could survive in Toronto, the holy city of hockey.

More than two decades later, the Raptors are the heroes not only of the 416, but of the entire country. That is the incredible story of We the North, told by Doug Smith, the Toronto Star reporter who has been covering the team since the press conference announcing Canada's new franchise and the team's beat reporter from that day on.

Comprising twenty-five chapters to mark the team's first twenty-five years, We the North celebrates the biggest moments--from Vince Carter's amazing display at the dunk competition to the play-off runs, the major trades, the Raptors' incredible fans, including Nav Bhatia and Drake, and, of course, the challenges that marked the route to the championship-clinching Game 6 that brought the whole country to a standstill.

We the North- 25 Years of the Toronto Raptors tells the story of Canada's most exciting team, charting their rise from a sporting oddity in a hockey-mad country to the status they hold today as the reigning NBA champions and national heroes.

Other Editions - We The North by Doug Smith 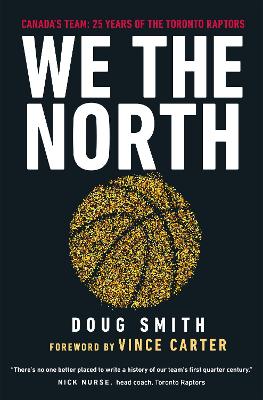 Book Reviews - We The North by Doug Smith

» Have you read this book? We'd like to know what you think about it - write a review about We The North book by Doug Smith and you'll earn 50c in Boomerang Bucks loyalty dollars (you must be a Boomerang Books Account Holder - it's free to sign up and there are great benefits!)


A Preview for this title is currently not available.
More Books By Doug Smith
View All