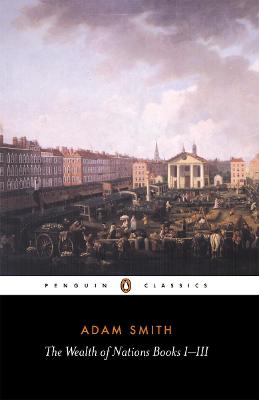 The Wealth of Nations

Description - The Wealth of Nations by Adam Smith

Originally delivered in the form of lectures at Glasgow, Adam Smith's The Wealth of Nations Books I-III laid the foundations of economic theory in general and 'classical' economics in particular, and this Penguin Classics edition is edited with an introduction and notes by Andrew Skinner.
The publication of The Wealth of Nations in 1776 coincided with America's Declaration of Independence, and with this landmark treatise on political economy, Adam Smith paved the way for modern capitalism, arguing that a truly free market - fired by competition yet guided as if by an 'invisible hand' to ensure justice and equality - was the engine of a fair and productive society. Books I - III of The Wealth of Nations examine the 'division of labour' as the key to economic growth, by ensuring the interdependence of individuals within society. They also cover the origins of money and the importance of wages, profit, rent and stocks; but the real sophistication of his analysis derives from the fact that it encompasses a combination of ethics, philosophy and history to create a vast panorama of society.
This edition contains an analytical introduction offering an in-depth discussion of Smith as an economist and social scientist, as well as a preface, further reading and explanatory notes.
Adam Smith (1723-90) was born in Glasgow and educated at Glasgow and Oxford. Two years after his return to Scotland, Smith moved to Edinburgh, where he delivered lectures on Rhetoric. In 1751 Smith was appointed Professor of Logic at Glasgow, but was translated to chair of Moral Philosophy in 1752. The Theory of Moral Sentiments was published in 1759, and The Wealth of Nations in 1776, the same year as the Declaration of Independence.
If you enjoyed The Wealth of Nations, you might like Karl Marx's Capital, also available in Penguin Classics.

Other Editions - The Wealth of Nations by Adam Smith 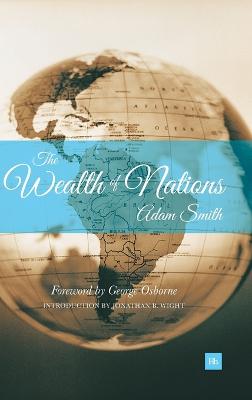 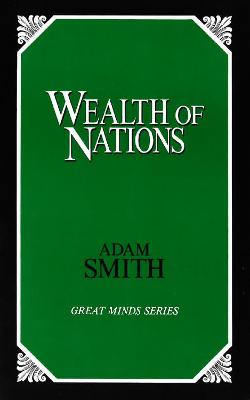 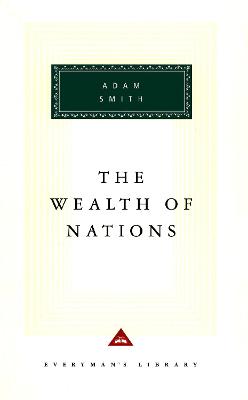 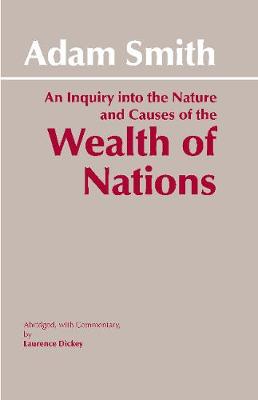 Book Reviews - The Wealth of Nations by Adam Smith

» Have you read this book? We'd like to know what you think about it - write a review about Wealth of Nations book by Adam Smith and you'll earn 50c in Boomerang Bucks loyalty dollars (you must be a Boomerang Books Account Holder - it's free to sign up and there are great benefits!)

Adam Smith (1723-90) taught both logic and moral philosophy at Glasgow University. His Wealth of Nations revolutionised the economic theories of the time. Andrew Skinner teaches at the Adam Smith Institute and is an expert on the author's work.

A Preview for this title is currently not available.
More Books By Adam Smith
View All

Essays on Philosophical Subjects: To Which Is Prefixed an Account of the Life and Writings of the Author
$99.07 $110.08

The Theory of Moral Sentiments: An Essay Towards an Analysis of the Principles by Which Men Naturally Judge Concerning the Conducts and Character, First of Their Neighbors, and Afterwards of Themselves: To Which Is Added a Dissertation on the Origin of L
$110.10 $122.33

The Theory of Moral Sentiments: To Which Is Added a Dissertation on the Origin of Languages
$110.10 $122.33