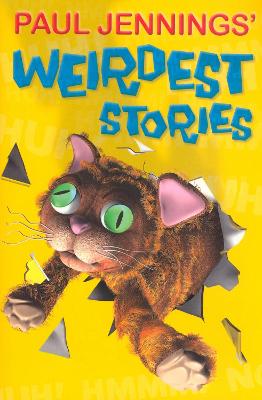 Since Unreal was published in 1985, Paul Jennings has written over 100 stories and sold over 7 million copies of his books. To celebrate 20 years of stories by Paul Jennings, Penguin has put together collections of his work.Hand-picked by Paul, each book contains around 25 stories from the UnCollected series and Tongue-tied. Paul Jennings' Funniest Stories has already appealed to audiences, having sold over 30,000 copies to date, and Paul Jennings' Weirdest Stories will definitely be the weirdest anthology yet!

» Have you read this book? We'd like to know what you think about it - write a review about Weirdest Stories book by Paul Jennings and you'll earn 50c in Boomerang Bucks loyalty dollars (you must be a Boomerang Books Account Holder - it's free to sign up and there are great benefits!)