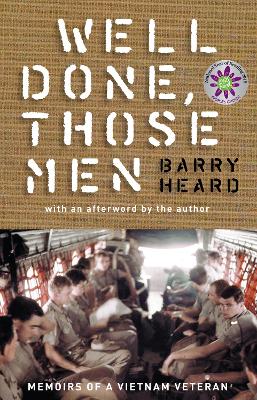 In this intensely personal account, Barry Heard draws on his own experiences as a young conscript, along with those of his comrades, to look back at life before, during, and after the Vietnam War. The result is a sympathetic vision of a group of young men who were sent off to war completely unprepared for the emotional and psychological impact it would have on them. It is also a vivid and searingly honest portrayal of the author's post-war, slow-motion breakdown, and how he dealt with it.

Well Done, Those Men attempts to make sense of what Vietnam did to the soldiers who fought there. It deals with the comic absurdity of their military training and the horror of the war they fought, and is unforgettably moving in recounting what happened to Barry and his comrades when they returned home to Australia. As we now know, most Vietnam vets had to deal with a community that shunned them, and with their own depression, trauma, and guilt. Barry Heard's sensitive account of his long journey home from Vietnam is a tribute to his mates, and an inspiring story of a life reclaimed.

Other Editions - Well Done, Those Men by Barry Heard 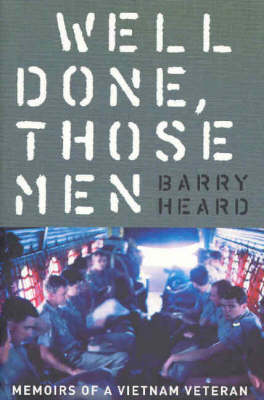 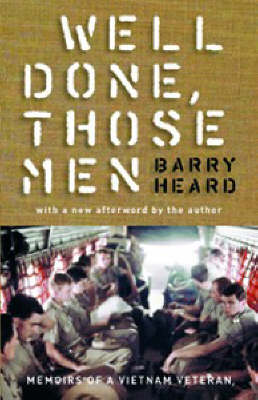 » Have you read this book? We'd like to know what you think about it - write a review about Well Done, Those Men book by Barry Heard and you'll earn 50c in Boomerang Bucks loyalty dollars (you must be a Boomerang Books Account Holder - it's free to sign up and there are great benefits!)

Barry Heard was conscripted in Australia's first national service ballot, and served in Vietnam as an infantryman and radio operator. After completing his national service he returned home, where he found himself unable to settle down. He had ten different jobs in his first ten years back, worked as a teacher for a further ten years, and then held several mid-managerial posts before succumbing to a devastating breakdown due to severe post-traumatic stress disorder.

A Preview for this title is currently not available.
More Books By Barry Heard
View All