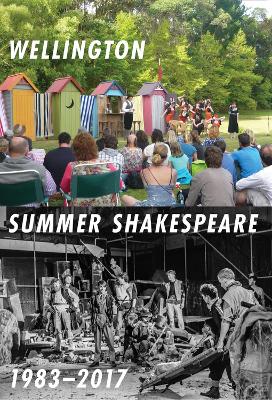 » Have you read this book? We'd like to know what you think about it - write a review about Wellington Summer Shakespeare book by Lawrence David and you'll earn 50c in Boomerang Bucks loyalty dollars (you must be a Boomerang Books Account Holder - it's free to sign up and there are great benefits!)

David Lawrence is a director, musician and actor, best known for his work with The Bacchanals, the theatre company he founded in 2000. His association with the Summer Shakespeare began in 1993, and he was co-chair of the Summer Shakespeare Trust from 2012-2016. David is a Hunter Fellow of Victoria University, and in 2013 he was a member of the International Actors' Fellowship at Shakespeare's Globe. He is currently head of production for Pop-up Globe Auckland.

A Preview for this title is currently not available.
More Books By Lawrence David
View All