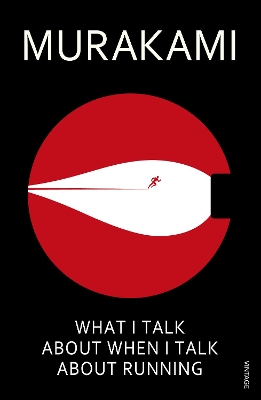 The first, fascinating insight into the life of this internationally bestselling writer
'Pain is inevitable, suffering is optional'

A compelling mediation on the power of running and a fascinating insight into the life of this internationally bestselling writer.
In 1982, having sold his jazz bar to devote himself to writing, Murakami began running to keep fit. A year later, he'd completed a solo course from Athens to Marathon, and now, after dozens of such races, he reflects upon the influence the sport has had on his life and on his writing.

Equal parts travelogue, training log and reminiscence, this revealing memoir covers his four-month preparation for the 2005 New York City Marathon and settings ranging from Tokyo's Jingu Gaien gardens, where he once shared the course with an Olympian, to the Charles River in Boston.

By turns funny and sobering, playful and philosophical, this is a must-read for fans of this masterful yet private writer as well as for the exploding population of athletes who find similar satisfaction in distance running.

'There can never have been a book quite like this memoir of running and writing before. In its self-contained way, it's nothing less than an inspiration' Evening Standard

'Hugely enjoyable...You don't have to have run a marathon to be captivated' Sunday Telegraph

Buy What I Talk About When I Talk About Running by Philip Gabriel from Australia's Online Independent Bookstore, Boomerang Books. 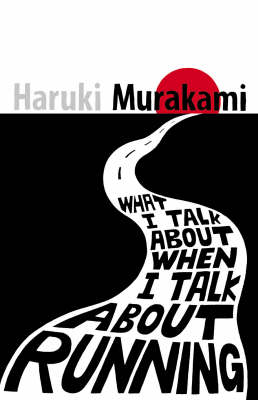 » Have you read this book? We'd like to know what you think about it - write a review about What I Talk About When I Talk About Running book by Philip Gabriel and you'll earn 50c in Boomerang Bucks loyalty dollars (you must be a Boomerang Books Account Holder - it's free to sign up and there are great benefits!)

Book Review: What I Talk About When I Talk About Running by Philip Gabriel - Reviewed by Boomert (13 Jan 2010)

“Life (and running) is not all about time but about our experiences along the way” (Jen Rhines).

Haruki Murakami started to run in 1982 to get fit. He quit smoking, and sold his jazz bar to devote himself to writing novels. This little gem of a book, with its marvellous cover design and art work, is a reflection on the influence that running has had on his life, on his career as writer, and what running has meant to him as a person. This is not only a book about running, although that is the frame through which Murakami writes, but is also a travelogue and memoir and provides a fascinating insight into one of Japan’s most popular contemporary writers.

In the Foreword to the book, Murakami tells of the birth of What I Talk About…. It is a work that was ten years in the making, providing a record of his honest thoughts, insights and musings on running and writing and can best be described as “a kind of memoir centered on the act of running”. It’s an anecdotal book, written with charm, warmth, and honesty, providing a different kind of work to previous novels (of which there are over 12) such as Kafka on the Shore. Murakami’s first novel was published in Japan in 1979, and it has taken almost twenty years for his popularity to extent to the Western Hemisphere. The translation from Japanese to English adds to the sense of intimacy, as the translation is occasionally, perhaps subconsciously, blunt.

The book begins in the summer of August 2005, and covers Murakami’s preparation for the 2005 New York City Marathon, the Murakami City (a humorous coincidence) Triathlon, his time spent in Hawaii and Cambridge, and his regular runs along the Charles River in Boston and ends in the fall of 2006. The majority of Murakami’s writing for this book was done between work for his (numerous) other novels. Telling of the writing process, Murkami says ‘Each time I wrote more I’d ask myself, So – what’s on my mind right now?’. Running for a quarter of a century as Murakami has certainly makes for a lot of memories.

Some day, if I have a gravestone and I’m able to pick out what’s carved on it, I’d like it to say this: Haruki Murakami 1949-20** Writer (and Runners) At Least He Never Walked

Find out more about this fascinating author: