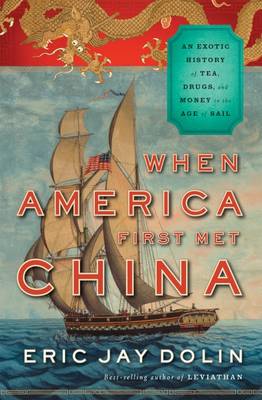 An Exotic History of Tea, Drugs, and Money in the Age of Sail

Brilliantly illuminating one of the least-understood areas of American history, best-selling author Eric Jay Dolin now traces our fraught relationship with China back to its roots: the unforgiving nineteenth-century seas that separated a brash, rising naval power from a battered ancient empire. It is a prescient fable for our time, one that surprisingly continues to shed light on our modern relationship with China. Indeed, the furious trade in furs, opium, and b?che-de-mer-a rare sea cucumber delicacy-might have catalyzed America's emerging economy, but it also sparked an ecological and human rights catastrophe of such epic proportions that the reverberations can still be felt today. Peopled with fascinating characters-from the "Financier of the Revolution" Robert Morris to the Chinese emperor Qianlong, who considered foreigners inferior beings-this page-turning saga of pirates and politicians, coolies and concubines becomes a must-read for any fan of Nathaniel Philbrick's Mayflower or Mark Kurlansky's Cod. 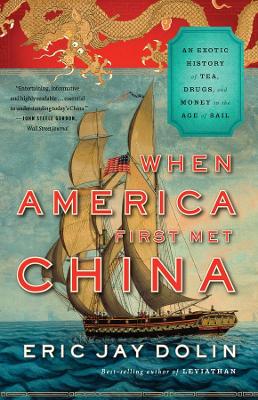 » Have you read this book? We'd like to know what you think about it - write a review about When America First Met China book by Eric Jay Dolin and you'll earn 50c in Boomerang Bucks loyalty dollars (you must be a Boomerang Books Account Holder - it's free to sign up and there are great benefits!)

Eric Jay Dolin is the author of Leviathan: The History of Whaling In America, which was chosen as one of the best nonfiction books of 2007 by The Los Angeles Times and The Boston Globe, and also won the 2007 John Lyman Award for U. S. Maritime History; and Fur, Fortune, and Empire: The Epic History of the Fur Trade in America. He is also the author of When America First Met China: An Exotic History of Tea, Drugs, and Money in the Age of Sail. A graduate of Brown, Yale, and MIT, where he received his Ph.D. in environmental policy, he lives in Marblehead, Massachusetts, with his wife and two children.

A Preview for this title is currently not available.
More Books By Eric Jay Dolin
View All