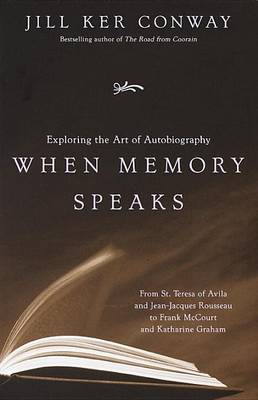 J ill Ker Conway, one of our most admired autobiographers--author of The Road from Coorain and True North--looks astutely and with feeling into the modern memoir: the forms and styles it assumes, and the strikingly different ways in which men and women respectively tend to understand and present their lives.
In a narrative rich with evocations of memoirists over the centuries--from Jean-Jacques Rousseau and George Sand to W. E. B. Du Bois, Virginia Woolf, Frank McCourt and Katharine Graham--the author suggests why it is that we are so drawn to the reading of autobiography, and she illuminates the cultural assumptions behind the ways in which we talk about ourselves.
Conway traces the narrative patterns typically found in autobiographies by men to the tale of the classical Greek hero and his epic journey of adventure. She shows how this configuration evolved, in memoirs, into the passionate romantic struggling against the conventions of society, into the frontier hero battling the wilderness, into self-made men overcoming economic obstacles to create an invention or a fortune--or, more recently, into a quest for meaning, for an understandable past, for an ethnic identity.
In contrast, she sees the designs that women commonly employ for their memoirs as evolving from the writings of the mystics--such as Dame Julian of Norwich or St. Teresa of Avila--about their relationship with an all-powerful God. As against the male autobiographer's expectation of power over his fate, we see the woman memoirist again and again believing that she lacks command of her destiny, and tending to censor her own story.
Throughout, Conway underlines the memoir's magic quality of allowing us toenter another human being's life and mind--and how this experience enlarges and instructs our own lives.

» Have you read this book? We'd like to know what you think about it - write a review about When Memory Speaks book by Jill Ker Conway and you'll earn 50c in Boomerang Bucks loyalty dollars (you must be a Boomerang Books Account Holder - it's free to sign up and there are great benefits!)

Jill Ker Conway grew up in Australia, graduated from the University of Sydney in 1958 and received her Ph.D. from Harvard in 1969. From 1964 to 1975 she taught at the University of Toronto and was vice president there before serving for ten years as president of Smith College. Since 1985 she has been a visiting scholar and professor in M.I.T.'s Program in Science, Technology, and Society. In addition to her two memoirs, she has edited Written by Herself, two volumes of women's autobiographical writings. From the Hardcover edition. 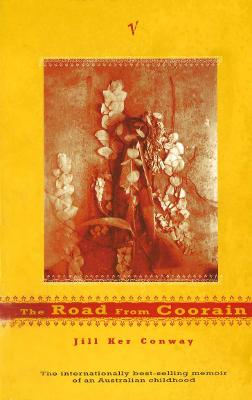 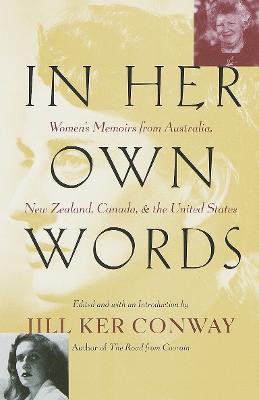