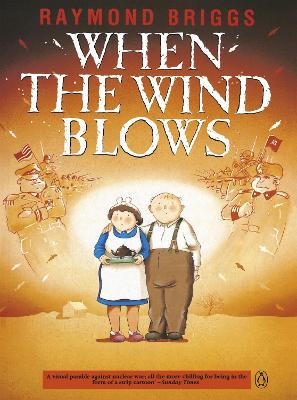 When the Wind Blows

Description - When the Wind Blows by Raymond Briggs

Raymond Briggs' now famous bestselling comic cartoon book depicts the effects of a nuclear attack on an elderly couple in his usual humorous yet macabre way.

Other Editions - When the Wind Blows by Raymond Briggs 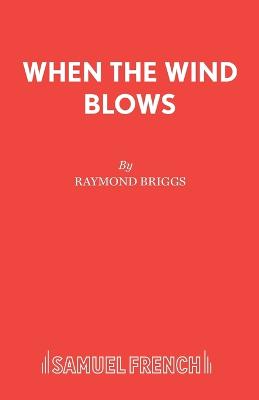 Book Reviews - When the Wind Blows by Raymond Briggs

» Have you read this book? We'd like to know what you think about it - write a review about When the Wind Blows book by Raymond Briggs and you'll earn 50c in Boomerang Bucks loyalty dollars (you must be a Boomerang Books Account Holder - it's free to sign up and there are great benefits!)

Raymond Briggs is one of the foremost creators of illustrated books for adults and children, including the unforgettable The Snowman and Father Christmas. THE BASICS THE BOOKSRaymond Briggs' parents have proved an important source of inspiration to the author/artist. His father was a milkman; his mother a former lady's maid. Raymond's unique characterisation of Father Christmas is based on his father - "Father Christmas and the milkman both have wretched jobs: working in the cold, wet and dark." His parents also influenced the character of Jim and Hilda, the victims of nuclear fall-out, in When The Wind Blows. Raymond left school aged 15 to study painting at Wimbledon School of Art. After completing a typography course at the Central School of Art, and two years of National Service, Raymond went on to the Slade School to study painting. His first work was in advertising, but before long he was winning acclaim as a children's book illustrator as well as teaching illustration at Brighton College of Art. Raymond was awarded the Kate Greenaway Medal in 1966 for his fourth picture book, The Mother Goose Treasury, and again in 1973 for Father Christmas. Published in 1978, The Snowman is perhaps Raymond's best-loved creation. He says that the book was partly inspired by its predecessor, Fungus The Bogeyman - "For two years I worked on Fungus, buried amongst muck, slime and words, so... I wanted to do something which was clean, pleasant, fresh and wordless and quick."Born: Wimbledon Park, January 18th 1934*Jobs: Artist, WriterLives: SussexFirst Book for Children: The Strange House, 1961*Raymond shares his birthday with A A Milne and Arthur Ransome