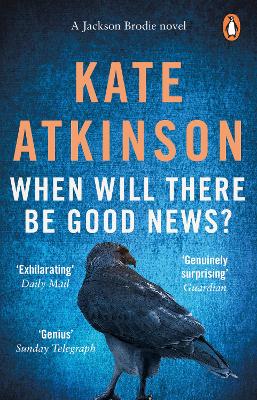 When Will There Be Good News?

Description - When Will There Be Good News? by Kate Atkinson

'An exhilarating read. Her wry humour, sharp eye for the quirks of human behaviour and subtle characterisation are a constant joy' Daily Mail

In a quiet corner of rural Devon, a six-year-old girl witnesses an appalling crime. Thirty years later the man convicted of the crime is released from prison.

In Edinburgh, sixteen-year-old Reggie, wise beyond her years, works as a nanny for a G.P. But her employer has disappeared with her baby, and Reggie seems to be the only person who is worried. Across town, Detective Chief Inspector Louise Monroe is also looking for a missing person, unaware that hurtling towards her is a former acquaintance - Jackson Brodie - himself on a journey that becomes fatally interrupted.

Buy When Will There Be Good News? by Kate Atkinson from Australia's Online Independent Bookstore, Boomerang Books.

Other Editions - When Will There Be Good News? by Kate Atkinson 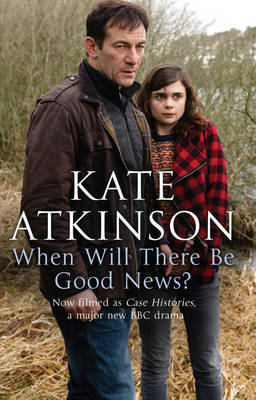 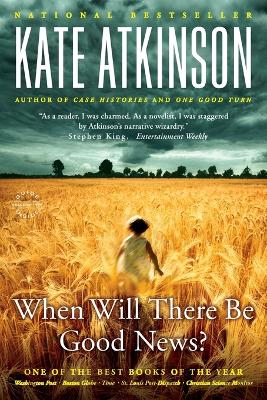 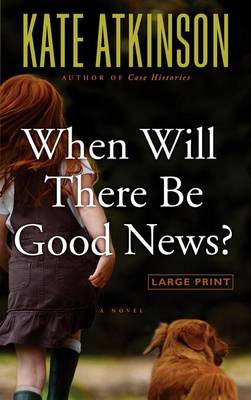 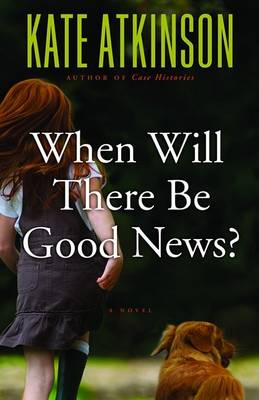 View all editions of When Will There Be Good News? by Kate Atkinson

Book Reviews - When Will There Be Good News? by Kate Atkinson

» Have you read this book? We'd like to know what you think about it - write a review about When Will There Be Good News? book by Kate Atkinson and you'll earn 50c in Boomerang Bucks loyalty dollars (you must be a Boomerang Books Account Holder - it's free to sign up and there are great benefits!)

Book Review: When Will There Be Good News? by Kate Atkinson - Reviewed by CloggieA (03 Sep 2013)

When Will There Be Good News? is the third book in the Jackson Brodie series by popular British author, Kate Atkinson. Some two years after the events of One Good Turn, Jackson Brodie is intent on discovering the paternity of Julia Land’s son, Nathan, in a small town in the Yorkshire Dales. At the same time, in Edinburgh, Detective Chief Inspector Louise Monroe tries to protect a small family from their threatening father, but is distracted by young Reggie Chase, who is convinced that the disappearance of her employer and son is not as innocent as it is claimed to be. A moment of inattention finds Jackson travelling to Edinburgh and much more deeply involved than he ever intended. This instalment has a plot with quite a few twists and some surprises that will leave the reader gasping or laughing out loud. Once again, Atkinson carefully builds up her characters until the reader is invested in them and really cares about their fate. As well as multiple murders, there are stolen IDs, comprehensively vandalised flats, faithful dogs, a severed artery, kidnapping, amnesia (real and feigned) and a train derailment as the action moves from Devon to Edinburgh to Yorkshire and back. There are some marvellous poetic quotes, nursery rhymes and wordplay, and the inner monologues of the main characters are priceless: “She was wearing an aggressive three-piece outfit that was probably very expensive but had the kind of pattern you would get if you cut up the flags of several obscure countries and then gave them to a blind pigeon to stick back together again.” and “…she was still using her car, a blue Saxo that she drove in the way an excitable and short-sighted chimpanzee might have done, accelerating when she should be braking, braking when she should be accelerating, going slow in the fast lane, fast in the slow lane, more like someone on an amusement arcade simulator than a real road.” Brilliant, as always.

Kate Atkinson's When Will There Be Good News? was voted Richard & Judy Best Read of the Year. After Case Histories and One Good Turn, it was her third novel to feature the former private detective Jackson Brodie. These three novels have been adapted into a successful BBC TV series starring Jason Isaacs. Jackson Brodie made a welcome return in her latest novel, Started Early, Took My Dog. Kate won the Whitbread (now Costa) Book of the Year prize for her first novel, Behind the Scenes at the Museum, and has been a critically acclaimed international bestselling author ever since. She was appointed MBE in the 2011 Queen's Birthday Honours List.