What drives veterans, military experts and forensic investigators to dedicate years to search for and identify the remains of fallen warriors? What does it mean to the families of the dead to be able to lay them to rest?

Over thirty five thousand Australian soldiers and airmen are still listed as Missing In Action from the wars of the 20th Century.

Telling the moving story of the determination and skill of the searchers who apply old-fashioned detective work and cutting-edge science to solve the mysteries of the missing and bring peace of mind and solace to their families and to all those who serve, Where Soldiers Lie follows these investigators and scientists on their mission to locate and identify unrecovered war casualties and to unlock their secrets. From the jungles of Vietnam, where one man led a decade-long battle to recover and bring home the final six, to Korea, Papua New Guinea and the fields of the Somme, Flanders and Fromelles,

Where Soldiers Lie is a deeply human story of perseverance, luck and resolution, a story of incredible determination against difficult odds, of exacting forensic analysis and painstaking detective work, to uncover and identify the remains of Australian soldiers, in battlefield over the decades, and to bring their remains home.

'At times it is a heartbreaking story. At other times, it's a detective story. On a deeper level, a book such as Where Soldiers Lie, which honours and commemorates these lost heroes, offers a form of grief and acceptance in its own right.' Herald Sun

Other Editions - Where Soldiers Lie: The Quest to Find Australia's Missing War Dead by Ian McPhedran 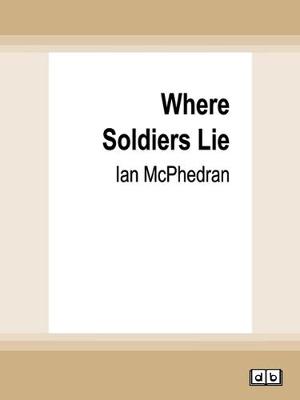 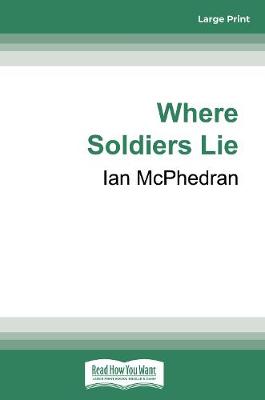 » Have you read this book? We'd like to know what you think about it - write a review about Where Soldiers Lie: The Quest to Find Australia's Missing War Dead book by Ian McPhedran and you'll earn 50c in Boomerang Bucks loyalty dollars (you must be a Boomerang Books Account Holder - it's free to sign up and there are great benefits!)