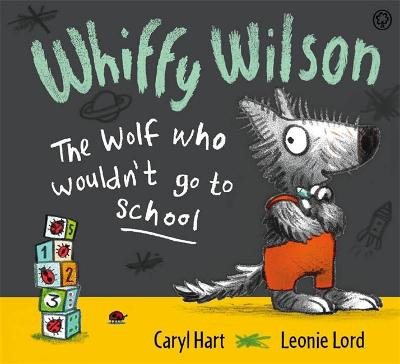 Whiffy Wilson: The Wolf who wouldn't go to school

Description - Whiffy Wilson: The Wolf who wouldn't go to school by Caryl Hart

The perfect picture book to banish starting school worries, starring the most adorable wolf cub character.Whiffy Wilson doesn't know how to hold a pen and has never looked in a book, but fortunately his friend Dotty is on hand to show him that school is fun. Soon, Whiffy is in his element, and when he gets a gold star for all his work he realises that school is the BEST THING EVER!Multi-award-winning author Caryl Hart, and artist Leonie Lord reunite in this fantastic companion title to Whiffy Wilson the Wolf Who Wouldn't Wash.With Caryl Hart's funny story and Leonie Lord's fabulous art, schooldays have never been such fun!

Other Editions - Whiffy Wilson: The Wolf who wouldn't go to school by Caryl Hart 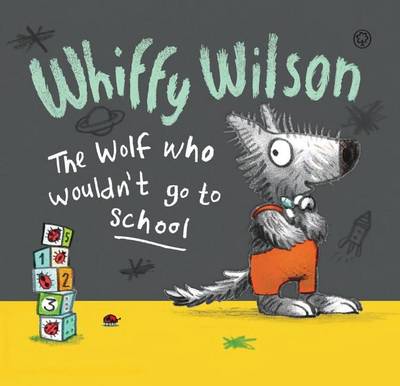 » Have you read this book? We'd like to know what you think about it - write a review about Whiffy Wilson: The Wolf who wouldn't go to school book by Caryl Hart and you'll earn 50c in Boomerang Bucks loyalty dollars (you must be a Boomerang Books Account Holder - it's free to sign up and there are great benefits!)

Caryl Hart is the author of several books for children, including Don't Dip Your Chips in Your Drink, Kate! winner of the Sheffield Children's Book Award 2010 and the Community Libraries Favourite Book Award 2010. Caryl lives on the top of a windy hill in the Peak District with her guitar-playing husband, two cheeky daughters, one extremely fluffy black cat, a goldfish, four hens and an invisible dog called Paddy.Leonie Lord studied illustration at Central St Martins College, London. Since graduating, she has produced regular editorial work for newspapers such as The Sunday Telegraph and The Guardian. Leonie has a young family, which has recently renewed her love of children's books. The Dirty Great Dinosaur was her first illustrated book for children, written by Martin Waddell and published by Orchard. Leonie lives in Gloucestershire with her husband and two children.

A Preview for this title is currently not available.
More Books By Caryl Hart
View All