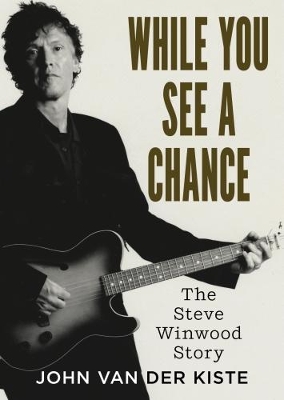 While You See A Chance

Description - While You See A Chance by John Van der Kiste

Born in Birmingham, Steve Winwood was already a semi-professional musician, playing keyboards and guitar, while still at school. As lead vocalist with The Spencer Davis Group, he had had two chart-topping singles by the time he was aged eighteen. In 1967 he formed Traffic, long noted as one of the major British psychedelic groups whose music also borrowed from jazz and folk influences as well as rock and pop. A brief hiatus saw him join forces with Eric Clapton in the short-lived Blind Faith, thereafter returning to Traffic until they disbanded in 1974 (and briefly reformed twenty years later). Throughout his subsequent solo career, he has been much respected on both sides of the Atlantic as a vocalist, all-round musician and regular collaborator with or session player for other artists. This is the first biography for nearly thirty years.

» Have you read this book? We'd like to know what you think about it - write a review about While You See A Chance book by John Van der Kiste and you'll earn 50c in Boomerang Bucks loyalty dollars (you must be a Boomerang Books Account Holder - it's free to sign up and there are great benefits!)

John Van der Kiste has written over sixty books, including historical and musical biographies, true crime, local history and fiction. He has contributed to various journals, reviewed records and books for the national and local press, and is a contributor to the `Oxford Dictionary of National Biography'. His other titles include `Jeff Lynne: The Electric Light Orchestra, before and after', `A Beatles Miscellany', `We Can Swing Together: The story of Lindisfarne', and `Queen Victoria and the European Empires'. He lives in Devon.

A Preview for this title is currently not available.
More Books By John Van der Kiste
View All