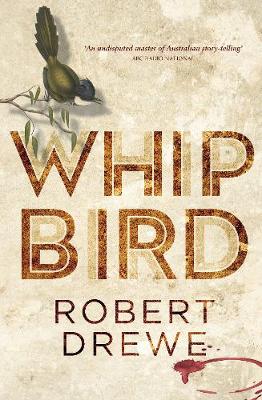 No holds are barred as the Cleary family attempts to put long-held tensions behind them to celebrate a milestone. What could possibly go wrong?

Kungadgee, Victoria, Australia. A weekend in late November, 2014. At Hugh and Christine Cleary's new vineyard, Whipbird, six generations of the Cleary family are coming together from far and wide to celebrate the 160th anniversary of the arrival of their ancestor Conor Cleary from Ireland. Hugh has been meticulously planning the event for months - a chance to proudly showcase Whipbird to the extended clan. Some of these family members know each other; some don't.

As the wine flows, it promises to be an eventful couple of days.

Comic, topical, honest, sharply intelligent, and, above all, sympathetic, Robert Drewe's exhilarating new novel tells a classic Australian family saga as it has never been told before.

Other Editions - Whipbird by Robert Drewe 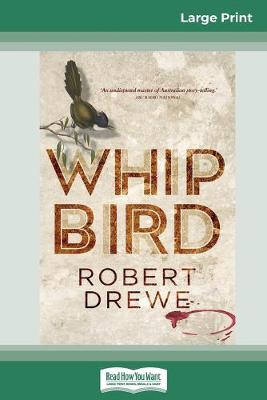 » Have you read this book? We'd like to know what you think about it - write a review about Whipbird book by Robert Drewe and you'll earn 50c in Boomerang Bucks loyalty dollars (you must be a Boomerang Books Account Holder - it's free to sign up and there are great benefits!)

Robert Drewe was born in Melbourne on January 9, 1943, but from the age of six, when his father moved the family west to a better job in Perth, he grew up and was educated on the West Australian coast. The Swan River and Indian Ocean coast, where he learned to swim and surf, made an immediate and lasting impression on him. At Hale School he was captain of the school swimming team and editor of the school magazine, the 'Cygnet'. Swimming and publishing have remained interests all his life On his 18th birthday, already wishing to be a writer but unsure 'who was in charge of Writing', he joined The West Australian as a cadet reporter. Three years later he was recruited by The Age in Melbourne, and was made chief of that newspaper's Sydney bureau a year later, at 22. Sydney became home for him and his growing family, mostly in a small sandstone terrace in Euroka Street, North Sydney, where Henry Lawson had once lived. Robert Drewe became, variously, a well-known columnist, features editor, literary editor and special writer on The Australian and The Bulletin. During this time he travelled widely throughout Asia and North America, won two Walkley Awards for journalism and was awarded a Leader Grant travel scholarship by the United States Government. While still in his twenties, he turned from journalism to writing fiction. Beginning with The Savage Crows in 1976, his books include the widely translated and acclaimed A Cry in the Jungle Bar, The Bodysurfers, Fortune, The Bay of Contented Men, Our Sunshine, The Drowner, Grace and The Rip, as well as a prize-winning memoir, The Shark Net, and the non-fiction Walking Ella. Fortune won the fiction category of the Nationa