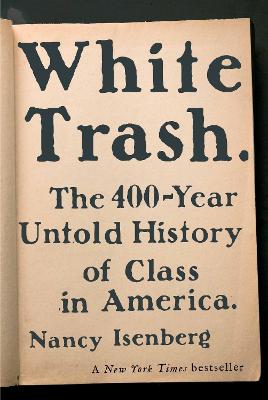 The 400-Year Untold History of Class in America Main

In this landmark book, Nancy Isenberg argues that the voters who boosted Trump all the way to the White House have been a permanent part of the American fabric, and reveals how the wretched and landless poor have existed from the time of the earliest British colonial settlements to today's hillbillies.

Poor whites were central to the rise of the Republican Party in the early nineteenth century and the Civil War itself was fought over class issues nearly as much as it was fought over slavery. Reconstruction pitted white trash against newly freed slaves, which factored in the rise of eugenics - a widely popular movement embraced by Theodore Roosevelt that targeted poor whites for sterilization. These poor were at the heart of New Deal reforms and Lyndon B. Johnson's Great Society; they are now offered up as entertainment in reality TV shows, and the label is applied to celebrities ranging from Dolly Parton to Bill Clinton. Marginalized as a class, white trash have always been at or near the centre of major political debates over the character of the American identity.

Surveying political rhetoric and policy, popular literature and scientific theories over four hundred years, Isenberg upends assumptions about America's supposedly class-free society - where liberty and hard work were meant to ensure real social mobility - and forces a nation to face the truth about the enduring, malevolent nature of class. 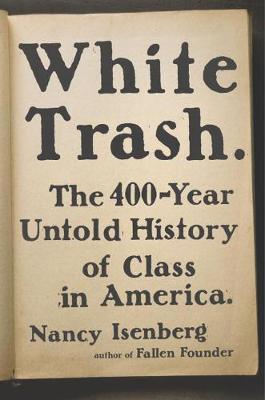 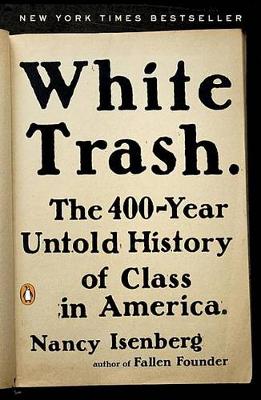 » Have you read this book? We'd like to know what you think about it - write a review about White Trash book by Nancy Isenberg and you'll earn 50c in Boomerang Bucks loyalty dollars (you must be a Boomerang Books Account Holder - it's free to sign up and there are great benefits!)

Nancy Isenberg is the author of Fallen Founder: The Life of Aaron Burr, which was a finalist for the LA Times Book Prize in Biography and won the Oklahoma Book Award for best book in non-fiction. She is the co-author, with Andrew Burstein, of Madison and Jefferson. She is the T. Harry Williams Professor of American History at LSU and writes regularly for Salon.com.

A Preview for this title is currently not available.
More Books By Nancy Isenberg
View All