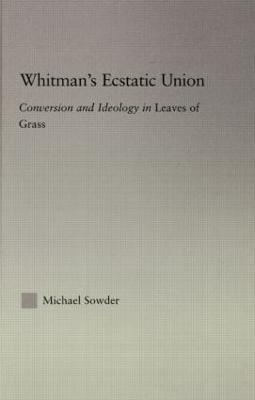 Conversion and Ideology in Leaves of Grass

Whitman's Ecstatic Union rereads the first three editions of Leaves of Grass within the context of a nineteenth-century antebellum evangelical culture of conversion. Though Whitman intended to write a new American Bible and "inaugurate a religion," contemporary scholarship has often ignored the religious element in his poetry. But just as evangelists sought the redemption of America through the reconstruction of individual subjects in conversion, Leaves of Grass sought to redeem the nation by inducing ecstatic, regenerating experiences in its readers. Whitman's Ecstatic Union explores the ecstasy of conversion as a liminal moment outside of language and culture, and-employing Althusser's model of ideological interpellation and anthropological models of religious ritual-shows how evangelicalism remade subjects by inducing ecstasy and instilling new narratives of identity. The book analyzes Whitman's historical relationship to preaching and conversion and reads the 1855 "Song of Myself" as a conversion narrative. A focus on the 1856 edition and the poem "To You" explores the sacred seductions at the heart of Whitman's poetry. "Crossing Brooklyn Ferry" and Whitman's vision of a world of perfect miracles are then connected to a conception of universal affection, uncannily paralleling Jonathan Edward's ideal of "love to being in general." A conclusion looks toward the transformations of Whitman's vision in the 1860 edition. 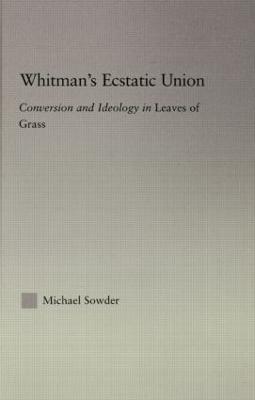 » Have you read this book? We'd like to know what you think about it - write a review about Whitman's Ecstatic Union book by Michael Sowder and you'll earn 50c in Boomerang Bucks loyalty dollars (you must be a Boomerang Books Account Holder - it's free to sign up and there are great benefits!)


A Preview for this title is currently not available.
More Books By Michael Sowder
View All