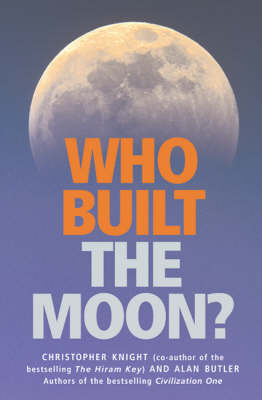 Who Built the Moon?

Description - Who Built the Moon? by Christopher Knight

The Moon has confounded scientists for many years. It does not obey the known rules of astrophysics and there is no coherent theory of its origin - in fact, it should not really be there. When researching the ancient Stone Age system of geometry and measurement, which they revealed in their previous book, Civilization One, the authors were surprised to discover that the system also works perfectly on the Moon. On further investigation, they found a consistent sequence of beautiful integer numbers when looking at every major aspect of the Moon, while no pattern emerges for any other planet or moon in our solar system. For example, the Moon revolves at exactly one hundredth of the speed that the Earth turns on its axis; moreover, the Moon is exactly 400 times smaller than the Sun and 400 times closer to the Earth. They also discovered that the Moon possess little or no heavy metals and has no core. In fact, many specialist suspect that the Moon is hollow, which should not be possible. If our Moon did not exist...nor would we. Higher life only developed on Earth because the Moon is exactly what it is and where it is.
Whern all of the facts are dispassionately reviewed, it becomes unreasonable to cling to the idea that the Moon is a natural object. The only question that remains is, "Who built it"?

Other Editions - Who Built the Moon? by Christopher Knight 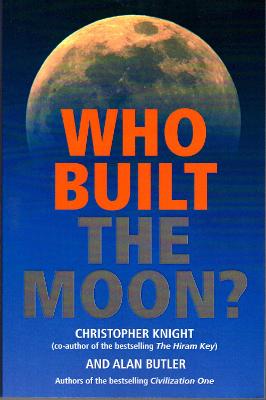 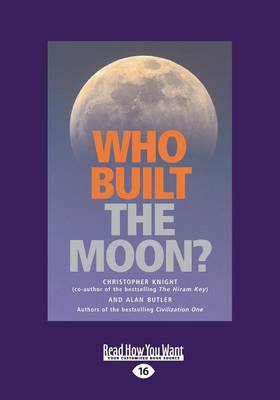 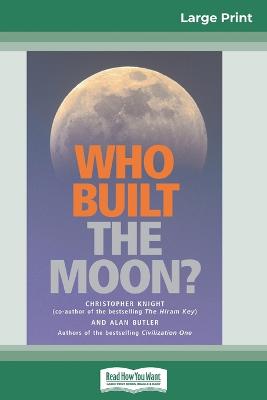 Book Reviews - Who Built the Moon? by Christopher Knight

» Have you read this book? We'd like to know what you think about it - write a review about Who Built the Moon? book by Christopher Knight and you'll earn 50c in Boomerang Bucks loyalty dollars (you must be a Boomerang Books Account Holder - it's free to sign up and there are great benefits!)


A Preview for this title is currently not available.
More Books By Christopher Knight
View All