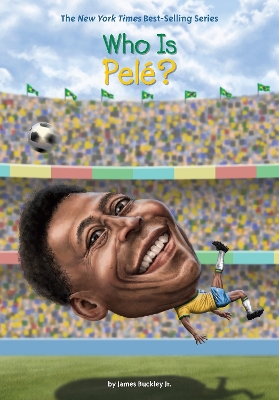 Description - Who Is Pele? by James Buckley

The story of a poor boy from Brazil who became the greatest soccer player of all time and one of the most important athletes of the twentieth century.

His parents may have named him Edson Arantes do Nascimento, but to the rest of the world, he is known as Pele. The now-retired professional soccer forward stunned Brazil when he began playing for the Santos soccer club at age fifteen. He then went on to captivate the world when he joined his country's national soccer team and helped them win three World Cup championships. Although he's hailed as a national hero for his accomplishments in soccer, Pele has been an influential person both on and off the pitch. His work with organizations like UNICEF has helped improve conditions for children around the world. Young readers can learn more about the man who connected soccer with the phrase "The Beautiful Game."

Other Editions - Who Is Pele? by James Buckley 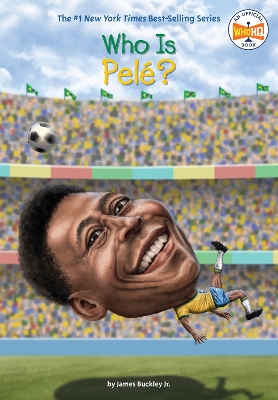 Book Reviews - Who Is Pele? by James Buckley

» Have you read this book? We'd like to know what you think about it - write a review about Who Is Pele? book by James Buckley and you'll earn 50c in Boomerang Bucks loyalty dollars (you must be a Boomerang Books Account Holder - it's free to sign up and there are great benefits!)

James Buckley Jr. has written more than 50 books for kids, including Who Was Ernest Shackleton? and Who Was Roberto Clemente? Andrew Thomson is an illustrator and artist, currently living and working in Guildford in the south of England.

A Preview for this title is currently not available.
More Books By James Buckley
View All