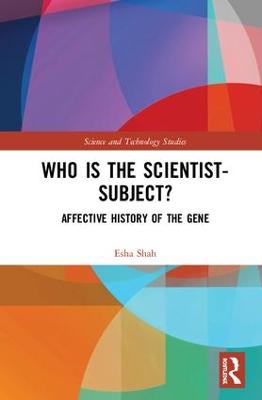 Affective History of the Gene

Description - Who is the Scientist-Subject? by Esha Shah

This book explores two disparate sets of debates in the history and philosophy of the life sciences: the history of subjectivity in shaping objective science and the history of dominance of reductionism in molecular biology. It questions the dominant conception of the scientist-subject as a neo-Kantian ideal self - that is, the scientist as a unified and wilful, self-determined, self-regulated, active and autonomous, rational subject wilfully driven by social and scientific ethos - in favour of a narrative that shows how the microcosm of reductionism is sustained, adopted, questioned, or challenged in the creative struggles of the scientist-subject.

The author covers a century-long history of the concept of the gene as a series of "pioneering moments" through an engagement with life-writings of eminent scientists to show how their ways of being and belonging relate with the making of the science. The scientist-self is theorized as fundamentally a feeling, experiencing, and suffering subject split between the conscious and unconscious and constitutive of personality aspects that are emotional/psychological, "situated" (cultural and ideological), metaphysical, intersubjective, and existential at the same time.

An engaging interdisciplinary interpretation of the dominance of reductionism in genetic science, this book will be of major interest to scholars and researchers of science, history, and philosophy alike.

Buy Who is the Scientist-Subject? by Esha Shah from Australia's Online Independent Bookstore, Boomerang Books.

Other Editions - Who is the Scientist-Subject? by Esha Shah 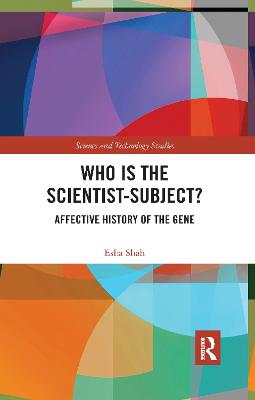 Book Reviews - Who is the Scientist-Subject? by Esha Shah

» Have you read this book? We'd like to know what you think about it - write a review about Who is the Scientist-Subject? book by Esha Shah and you'll earn 50c in Boomerang Bucks loyalty dollars (you must be a Boomerang Books Account Holder - it's free to sign up and there are great benefits!)

Esha Shah is an environmental engineer by training and a social anthropologist, historian and philosopher of science and technology by professional choice. She is Assistant Professor with the Department of Environmental Sciences at Wageningen University, the Netherlands. Her research interests so far have broadly concerned with the history and anthropology of technology-led development in India on the divide of modernity and democracy. With this book, her research interests have expanded to philosophy of subjectivity and it's relation to modes of rationality, including objectivity in science.

A Preview for this title is currently not available.
More Books By Esha Shah
View All