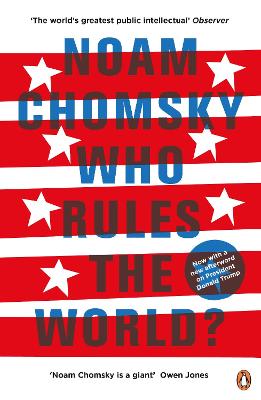 Who Rules the World?

Description - Who Rules the World? by Noam Chomsky

'As long as the general population is diverted to consumerism or hatred of the vulnerable, the powerful can do as they please...'

In the post-9/11 era, America's policy-makers have prioritised the pursuit of power above all else -- human rights, democracy, even security. From expanding drone assassination programs to civil war in Syria to underwriting the violence in Israel and Palestine, Noam Chomsky offers insights into the workings of imperial power in our increasingly chaotic planet. As philosopher, political commentator and prolific activist, Chomsky has a unique capacity for presenting the facts of our global situation with intelligence, nuance and real impact.

Other Editions - Who Rules the World? by Noam Chomsky 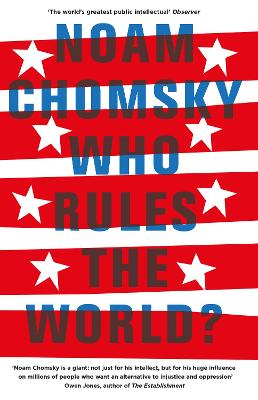 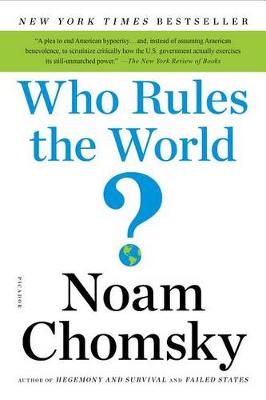 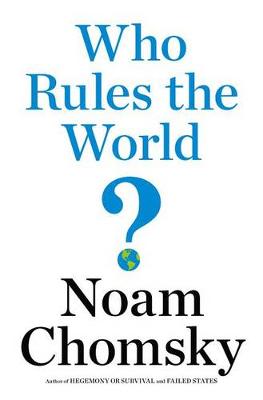 View all editions of Who Rules the World? by Noam Chomsky

Book Reviews - Who Rules the World? by Noam Chomsky

» Have you read this book? We'd like to know what you think about it - write a review about Who Rules the World? book by Noam Chomsky and you'll earn 50c in Boomerang Bucks loyalty dollars (you must be a Boomerang Books Account Holder - it's free to sign up and there are great benefits!)

Noam Chomsky is the bestselling author of over 100 influential political books, including Hegemony or Survival, Imperial Ambitions, Failed States, Interventions, What We Say Goes, Hopes and Prospects, Making the Future, On Anarchism, Masters of Mankind and Who Rules the World. He has also been the subject of numerous books of biography and interviews and has collaborated with journalists on books such as Perilous Power, Gaza in Crisis, and On Palestine.Noam Chomsky is Institute Professor (emeritus) in the Department of Linguistics and Philosophy at the Massachusetts Institute of Technology and Laureate Professor of Linguistics and Agnese Nelms Haury Chair in the Program in Environment and Social Justice at the University of Arizona.

Climate Crisis and the Global Green New Deal: The Political Economy of Saving the Planet
$25.19 $29.99

The Precipice: Neoliberalism, the Pandemic and the Urgent Need for Radical Change
$10.91 $12.99