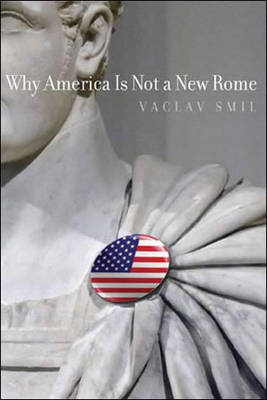 Why America Is Not a New Rome

Description - Why America Is Not a New Rome by Vaclav Smil

An investigation of the America-Rome analogy that goes deeper than the facile comparisons made on talk shows and in glossy magazine articles.

America's post-Cold War strategic dominance and its pre-recession affluence inspired pundits to make celebratory comparisons to ancient Rome at its most powerful. Now, with America no longer perceived as invulnerable, engaged in protracted fighting in Iraq and Afghanistan, and suffering the worst economic downturn since the Great Depression, comparisons are to the bloated, decadent, ineffectual later Empire. In Why America Is Not a New Rome, Vaclav Smil looks at these comparisons in detail, going deeper than the facile analogy-making of talk shows and glossy magazine articles. He finds profound differences.

Smil, a scientist and a lifelong student of Roman history, focuses on several fundamental concerns: the very meaning of empire; the actual extent and nature of Roman and American power; the role of knowledge and innovation; and demographic and economic basics-population dynamics, illness, death, wealth, and misery. America is not a latter-day Rome, Smil finds, and we need to understand this in order to look ahead without the burden of counterproductive analogies. Superficial similarities do not imply long-term political, demographic, or economic outcomes identical to Rome's.

Buy Why America Is Not a New Rome by Vaclav Smil from Australia's Online Independent Bookstore, Boomerang Books. 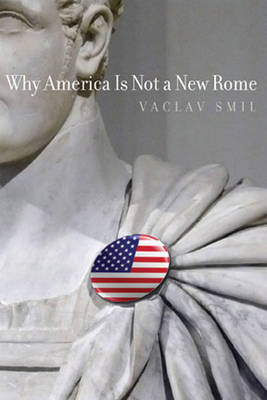 » Have you read this book? We'd like to know what you think about it - write a review about Why America Is Not a New Rome book by Vaclav Smil and you'll earn 50c in Boomerang Bucks loyalty dollars (you must be a Boomerang Books Account Holder - it's free to sign up and there are great benefits!)

Vaclav Smil is a Distinguished Professor Emeritus at the University of Manitoba. He is the author of more than thirty books, including most recently Made in the USA: The Rise and Retreat of American Manufacturing (MIT Press). In 2010 he was named by Foreign Policy as one of the Top 100 Global Thinkers. In 2013 Bill Gates wrote on his website that "there is no author whose books I look forward to more than Vaclav Smil."

A Preview for this title is currently not available.
More Books By Vaclav Smil
View All