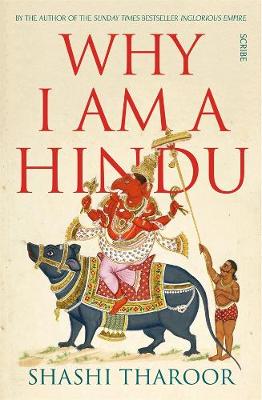 Why I Am a Hindu

Description - Why I Am a Hindu by Shashi Tharoor

Shashi Tharoor offers a profound re-examination of Hinduism, one of the world's oldest and greatest religious traditions.

Opening with a frank and touching reflection on his personal beliefs, he lays out Hinduism's origins and its key philosophical concepts - including Vedanta, the Purusharthas, and Bhakti - before focusing on texts such as the Bhagadvagita. The 'Great Souls', or key individuals of Hinduism, from Adi Shankara to Vivekananda, are discussed, as are everyday Hindu beliefs and practices, from worship to pilgrimage to caste.

Tharoor is unsparing in his criticism of extremism and unequivocal in his belief that what makes India a distinctive nation with a unique culture will be imperilled if Hindu 'fundamentalists', the proponents of 'Hindutva', or politicised Hinduism, seize the high ground. In his view, it is precisely because Hindus form the majority that India has survived as a plural, secular democracy.

A book that will be read and debated now and in the future, Why I Am a Hindu, written in Tharoor's captivating prose, is a revelatory and original contribution to our understanding of religion in the modern era.

Buy Why I Am a Hindu by Shashi Tharoor from Australia's Online Independent Bookstore, Boomerang Books.

Other Editions - Why I Am a Hindu by Shashi Tharoor 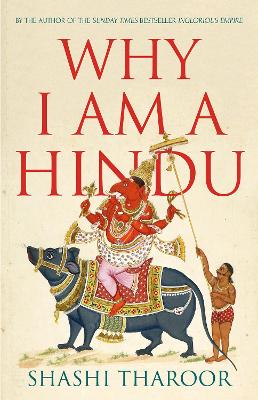 Book Reviews - Why I Am a Hindu by Shashi Tharoor

» Have you read this book? We'd like to know what you think about it - write a review about Why I Am a Hindu book by Shashi Tharoor and you'll earn 50c in Boomerang Bucks loyalty dollars (you must be a Boomerang Books Account Holder - it's free to sign up and there are great benefits!)

Shashi Tharoor served for twenty-nine years at the UN, culminating as Under-Secretary-General. He is a Congress MP in India, the author of fourteen previous books, and has won numerous literary awards, including a Commonwealth Writers' Prize. Tharoor has a PhD from the Fletcher School, and was named by the World Economic Forum in Davos in 1998 as a Global Leader of Tomorrow.