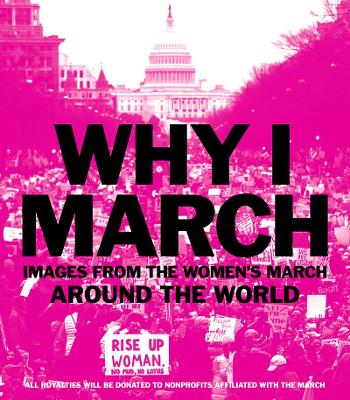 Description - Why I March by Abrams

On January 21, 2017, five million people in 82 countries and on all seven continents stood up with one voice. The Women's March began with one cause, women's rights, but quickly became a movement around the many issues that were hotly debated during the 2016 U.S. presidential race - immigration, health care, environmental protections, LGBTQ rights, racial justice, freedom of religion, and workers' rights, among others. In the mere 66 days between the election and inauguration of Donald J. Trump as the 45th President of the United States, 673 sister marches sprang up across the country and the world. ABRAMS Image presents Why I March to honor the movement, give back to it, and promote future activism in the same vein.

All royalties from the sale of the book will be donated to the National Latina Institute for Reproductive Health, the Transgender Law Center, and the Council on American-Islamic Relations.

Buy Why I March by Abrams from Australia's Online Independent Bookstore, Boomerang Books.

Book Reviews - Why I March by Abrams

» Have you read this book? We'd like to know what you think about it - write a review about Why I March book by Abrams and you'll earn 50c in Boomerang Bucks loyalty dollars (you must be a Boomerang Books Account Holder - it's free to sign up and there are great benefits!)


A Preview for this title is currently not available.
More Books By Abrams
View All