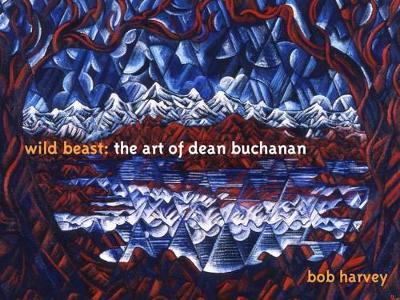 The Art of Dean Buchanan

Dean Buchanan is one of New Zealand's best-known artists. From an early age he showed immense talent, painting large oils that demonstrated both technical brilliance and a close affinity with the natural world. During the past thirty years he has become probably New Zealand's most prolific (and also most affordable) painter, as well as one of the most instantly recognisable. His paintings are found in homes throughout New Zealand and in public buildings and galleries both here and overseas. He has also exhibited in Australia, Japan, Chile, Switzerland and the USA. Coupled with his creative talent is an ability to live life to the full. No shrinking violet, 'Wild beast' Buchanan has always expressed himself forthrightly, especially in defence of preserving New Zealand's natural environment. He has also become a mountaineer of some note, and in January 2007 succeeded in climbing Mt Cook. Bob Harvey interviewed Dean Buchanan extensively for this book, and describes every facet of his life. The book also includes 60 superb reproductions of some of his greatest paintings.

» Have you read this book? We'd like to know what you think about it - write a review about Wild Beast book by Bob Harvey and you'll earn 50c in Boomerang Bucks loyalty dollars (you must be a Boomerang Books Account Holder - it's free to sign up and there are great benefits!)

Bob Harvey is mayor of Waitakere City and a nationally known figure. Like Dean Buchanan, he is an environmentalist and guardian of the Waitakere Ranges, and spends much of his life on the west coast at Karekare. Alwys keen to promote art and artists, he has known and admired Dean Buchanan for decades. Among Bob Harvey's previous books are the best-selling Untamed Coast, Rolling Thunder, Westies and White Cloud, Silver Screen.

A Preview for this title is currently not available.
More Books By Bob Harvey
View All