'A wildly inspiring adventure - from armchair to saddle.'Nichiless 'A lovely concise guide.'A. W. BairdHere is plenty of inspiration for anyone who loves to ride off road and get out into the wild and stunning scenery of the British mainland. Each route suggests further routes and the book as a whole introduces the wild cyling potential of a range of different locations. These natural routes to wild places link country lanes, green lanes, bridleways, towpaths, trails and often ancient ways between places. The book is illustrated in colour and each ride includes an annotated route map and ride profile, also OS grid references. And a fact file gives further indispensable details, including an indication of how hard each ride is, and how wild. From Chalk Cliffs and Curious Sound Mirrors in the south-east to Cape Wrath in the north-west, the purity, beauty and essential wildness of these rides will ensure that over the years many of them will become classic, even legendary cycling challenges. 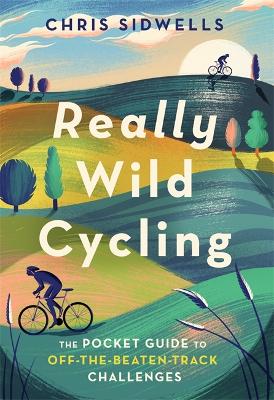 » Have you read this book? We'd like to know what you think about it - write a review about Wild Cycling book by Chris Sidwells and you'll earn 50c in Boomerang Bucks loyalty dollars (you must be a Boomerang Books Account Holder - it's free to sign up and there are great benefits!)

CHRIS SIDWELLS is a freelance writer, editor and photographer whose words and/or photographs appear in every edition of Britain's best-selling cycling magazine, Cycling Weekly. His most recent project has been to produce and edit ten very successful bookazines in a series called Cycling Legends for Time Inc, which carry the Cycling Weekly brand. Chris also writes for Cycle Sport and Cycling Active. In addition he has carried out commissions for Cycling Plus, GQ Magazine, Men's Fitness, Running Fitness, the Sunday Times, the Guardian and the BBC.He also works as a regular cycling pundit for several BBC local radio stations, including working on BBC Radio Sheffield's live coverage of the 2014 Tour de France Grand Depart in Yorkshire and the Tour de Yorkshire.Chris has written, or part-written, seventeen books on cycling, three of them coffee-table guide books, in the twelve years he has worked in this business, supplying photographs as well as words for three of them. His books, many of which have gone to multiple editions and been bestsellers in their genre, cover every aspect of cycling, and in total they have been translated into 24 languages. His most recent book is a collaboration with Chris Boardman called The Biography of the Modern Bike, published by Octopus in 2015. He is currently writing a book on the history of cycling jerseys, and under his own publishing brand The Pedal Press in 2015 he published the British pioneer professional Barry Hoban's autobiography, Vas-y Barry. Chris has a degree in geology, is a qualified cycling coach and fitness instructor and is an active cyclist with years of racing and riding experience in every aspect of the sport. He has won races in every cycling discipline, road, track and off-road, and in every age group from youths to masters.

A Preview for this title is currently not available.
More Books By Chris Sidwells
View All