The full story of Brando 'Wildboy' Yelavich's whirlwind tour of the coastline of New Zealand- 8000km almost entirely on foot. Extreme adventure, near misses, good sorts, and one beautiful country - Wildboy has it all!

The full story of Brando 'Wildboy' Yelavich's whirlwind tour of the coastline of New Zealand- 8000km almost entirely on foot. Extreme adventure, near misses, good sorts, and one beautiful country - Wildboy has it all!

Fast going off the rails and hanging out with the wrong crowd, Brando Yelavich, a plucky 20-year-old from Auckland's North Shore, decided he needed to change his life. He needed a mission. He was going to walk around New Zealand.

Brando reached Cape Reinga on 23 August 2014 after a gruelling journey of over 8000 kilometres, traversed almost completely on foot over 600 days - the first time it had ever been done.

It was an outlandish odyssey of physical and mental fortitude. He slept under the stars and lived off the land. He almost drowned on several occasions and experienced near-hypothermia. He gained 20 kilograms. But the transformation ran much deeper.

As much for fans of Bear Grylls or Cheryl Strayed's Wild as it is for those of the off-the-grid outdoors Kiwi experience, Wildboy is a ripping adventure story with an inspiring life change at its heart.

Other Editions - Wildboy by Brando Yelavich 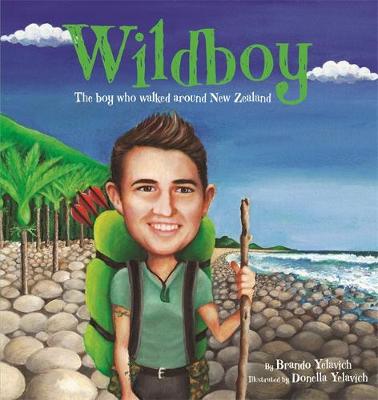 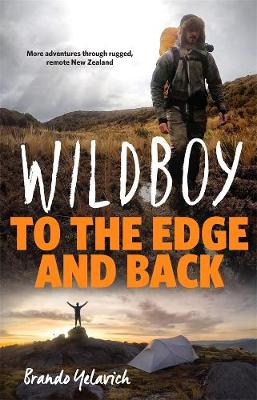 » Have you read this book? We'd like to know what you think about it - write a review about Wildboy book by Brando Yelavich and you'll earn 50c in Boomerang Bucks loyalty dollars (you must be a Boomerang Books Account Holder - it's free to sign up and there are great benefits!)

Brando Yelavich was born in Auckland. He spent most of his school years there before variously living in Coromandel, Cromwell and Nelson, where he now resides and studies outdoor pursuits. In 2015, he published a bestselling memoir, Wildboy- An Epic Trek around the Coast of New Zealand.

A Preview for this title is currently not available.
More Books By Brando Yelavich
View All