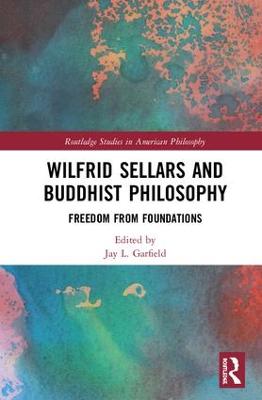 The aim of this book is to address the relevance of Wilfrid Sellars' philosophy to understanding topics in Buddhist philosophy. While contemporary scholars of Buddhism often take Sellars as a touchstone for philosophical analysis, and while many take Sellars' corpus as their entree into current philosophical discourse, fewer contemporary philosophers have crossed the bridge in the other direction, using Sellarsian ideas as a way of entering into Buddhist philosophy. The essays in this volume, written by both philosophers and Buddhist Studies scholars, are divided into two sections organized around two of Sellars' essays that have been particularly influential in Buddhist Studies: "Philosophy and the Scientific Image of Man" and "Empiricism and the Philosophy of Mind." The chapters in Part I generally address questions concerning the two truths, while those in Part II concern issues in epistemology and philosophy of mind. The volume will be of interest to Sellars scholars, to scholars interested in the contemporary interaction of Buddhist philosophy and Western philosophy and to scholars of Buddhist Studies.

» Have you read this book? We'd like to know what you think about it - write a review about Wilfrid Sellars and Buddhist Philosophy: Freedom from Foundations book by Jay L. Garfield and you'll earn 50c in Boomerang Bucks loyalty dollars (you must be a Boomerang Books Account Holder - it's free to sign up and there are great benefits!)


A Preview for this title is currently not available.
More Books By Jay L. Garfield
View All