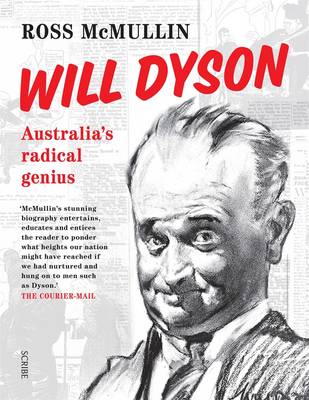 Description - Will Dyson by Ross McMullin

Will Dyson (1880-1938) was a brilliant and versatile artist, and much more besides. His prodigious talents struggled to find a niche in Australia, but he burst into prominence with cartoons of extraordinary vigour and resource on the London Daily Herald. These whole-page cartoons with wordy, witty captions were revered by workers and intellectuals alike.

Dyson was also a talented writer, a scintillating humourist and an arresting speaker. A stunning overnight success, he was described as the most famous Australian in the world.

In 1916 Dyson became Australia's first official war artist. His drawings of profound empathy and sympathy remain a unique record of the Western Front experience. Once again he complemented his art with exquisite writing.

Returning to Australia in 1925, he took up etching to international acclaim, confirming that whatever he did he did well.

Absorbing, illuminating, and lavishly illustrated, this is a fascinating story of the life and times of a remarkable and under-recognised Australian.

Other Editions - Will Dyson by Ross McMullin 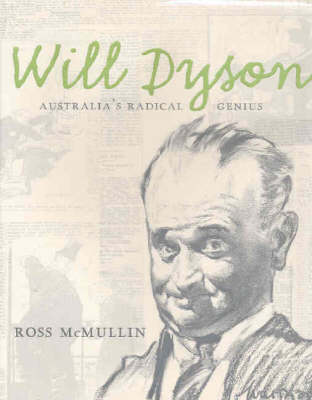 » Have you read this book? We'd like to know what you think about it - write a review about Will Dyson book by Ross McMullin and you'll earn 50c in Boomerang Bucks loyalty dollars (you must be a Boomerang Books Account Holder - it's free to sign up and there are great benefits!)

Ross McMullin is a historian and biographer who has written extensively about the impact on Australia of its involvement in World War I. Dr McMullin's books include his biographies, the award-winning Pompey Elliott and Will Dyson- Australia's radical genius. His most recent book, Farewell, Dear People- biographies of Australia's lost generation, was awarded the Prime Minister's Prize for Australian History.

A Preview for this title is currently not available.
More Books By Ross McMullin
View All