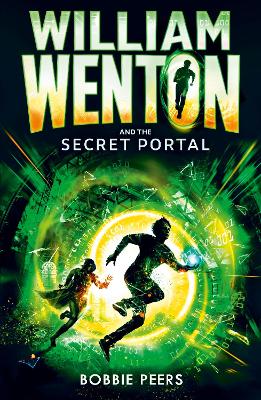 William Wenton and the Secret Portal

Full of magical code-breaking skills, non-stop action and a tech-savvy hero, this action-packed sequel is perfect for fans of Percy Jackson, Doctor Who and Alex Rider. Twelve year-old genius William Wenton is still getting used to his extraordinary talent for cracking codes, but when an ancient artefact mysteriously disappears from the Institute for Impossible Archaeology, William must gear up for his most dangerous adventure yet - against an enemy hell-bent on unleashing an ancient portal of untold power. From Norway, to England and then on to the dizzying heights of the Himalayas, this race-against-time adventure will push this young hero's skills to the limit.

» Have you read this book? We'd like to know what you think about it - write a review about William Wenton and the Secret Portal book by Author Bobbie Peers and you'll earn 50c in Boomerang Bucks loyalty dollars (you must be a Boomerang Books Account Holder - it's free to sign up and there are great benefits!)

Bobbie Peers made his mark on Norwegian film history when he won a Palme d'Or in 2006 for Sniffer, written and directed by Peers himself. The award became the first of many milestones in the London International Film School graduate's career as a director and film writer. The first book in the William Wenton series, William Wenton and the Luridium Thief was published to great critical acclaim in 2017.