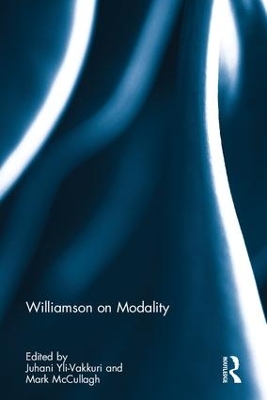 Timothy Williamson is one of the most influential living philosophers working in the areas of logic and metaphysics. His work in these areas has been particularly influential in shaping debates about metaphysical modality, which is the topic of his recent provocative and closely-argued book Modal Logic as Metaphysics (2013). This book comprises ten essays by metaphysicians and logicians responding to Williamson's work on metaphysical modality, as well as replies by Williamson to each essay. In addition, it contains an original essay by Williamson, 'Modal science,' concerning the role of modal claims in natural science. This book was originally published as a special issue of the Canadian Journal of Philosophy.

Other Editions - Williamson on Modality by Juhani Yli-Vakkuri » Have you read this book? We'd like to know what you think about it - write a review about Williamson on Modality book by Juhani Yli-Vakkuri and you'll earn 50c in Boomerang Bucks loyalty dollars (you must be a Boomerang Books Account Holder - it's free to sign up and there are great benefits!)

Juhani Yli-Vakkuri is a Research Affiliate in Philosophy at the Centre for the Study of Mind in Nature, University of Oslo, Norway. Mark McCullagh is an Associate Professor in the Department of Philosophy, University of Guelph, Canada.