The Wind through the Keyhole

Description - The Wind through the Keyhole by Stephen King

It is a story within a story, which features both the younger and older gunslinger Roland on his quest to find the Dark Tower. Fans of the existing seven books in the series will also delight in discovering what happened to Roland and his ka-tet between the time they leave the Emerald City and arrive at the outskirts of Calla Bryn Sturgis.This Russian Doll of a novel, visits Mid-World's last gunslinger, Roland Deschain, and his ka-tet as a ferocious storm halts their progress along the Path of the Beam. Roland tells a tale from his early days as a gunslinger, in the guilt ridden year following his mother's death. Sent by his father to investigate evidence of a murderous shape shifter, a 'skin man,' Roland takes charge of Bill Streeter, a brave but terrified boy who is the sole surviving witness to the beast's most recent slaughter. Roland, himself only a teenager, calms the boy by reciting a story from the Book of Eld that his mother used to read to him at bedtime, 'The Wind through the Keyhole.' 'A person's never too old for stories,' he says to Bill. 'Man and boy, girl and woman, we live for them.' And stories like these, they live for us.

Buy The Wind through the Keyhole by Stephen King from Australia's Online Independent Bookstore, Boomerang Books.

Other Editions - The Wind through the Keyhole by Stephen King 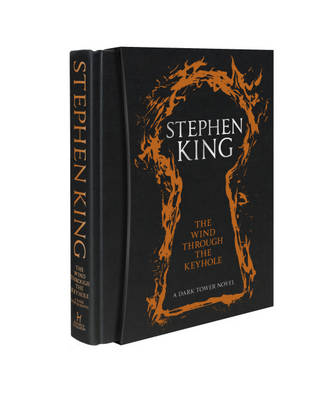 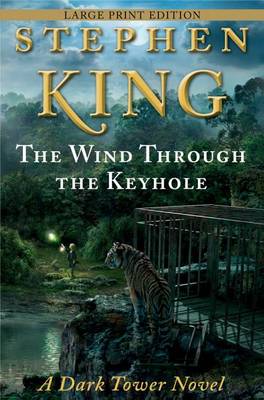 Book Reviews - The Wind through the Keyhole by Stephen King

» Have you read this book? We'd like to know what you think about it - write a review about Wind through the Keyhole book by Stephen King and you'll earn 50c in Boomerang Bucks loyalty dollars (you must be a Boomerang Books Account Holder - it's free to sign up and there are great benefits!)

'At the age of 19 Stephen decided he would like to write an epic similar to The Lord of the Rings. The 'spaghetti Westerns' of that time [specifically The Good, the Bad and the Ugly] and a poem written by Robert Browning, 'Childe Roland to the Dark Tower Came', became the inspiration for his magnum opus. The series written and published separately over a period of 22 years consists of seven books and the short story, 'The Little Sisters of Eluria' published in his collection, EVERYTHING'S EVENTUAL.' From the author's website.