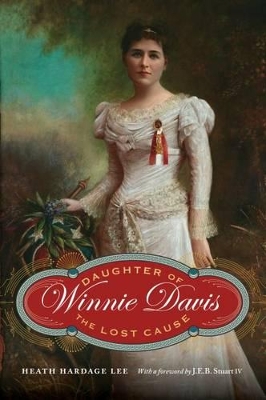 Daughter of the Lost Cause

"Varina Anne "Winnie" Davis, daughter of Confederate President Jefferson Davis and his wife, Varina Howell Davis, was born into a war-torn South in June 1864. Arriving only a month after the death of beloved Confederate hero, J.E.B. Stuart, and in the middle of a string of Confederate victories, Winnie was hailed as a blessing by war-weary southerners. Winnie, however, failed to be the good omen the South hoped would lead them to victory. After the Confederacy's surrender, Winnie spent her early life as a genteel refugee and an expatriate abroad. She returned to the South in 1886 and was christened the "Daughter of the Confederacy" by a southern culture trying to lionize their war losses. Particularly adored by Confederate veterans as the epitome of southern womanhood, Winnie became a superstar, eclipsing even the popularity of her father. Her image appeared on postcards all over the South, and her life became a repository for the collective Confederate memory.
Winnie Davis: Daughter of the Lost Cause by Heath Hardage Lee is the first biography about this little-known woman who served as a symbolic figure for Confederate Veterans, the United Daughters of the Confederacy, and for a defeated Southern public. Her life, however, was far from idealistic. Winnie's engagement to Alfred"Fred" Wilkinson, a Syracuse, New York native with abolitionist ties, shocked her family, friends, and the Confederate veterans who idolized her. Faced with, and later haunted by, the pressures of a community who violently rejected the match, Winnie desperately attempted to reconcile her prominent Old South family history with her personal desire for New South tolerance and her later life as an author and social commentator in New York. Tragic and glamorous in turn, Winnie's life is a testament to one woman's desire to both embrace and transcend the lost cause of her inheritance. " 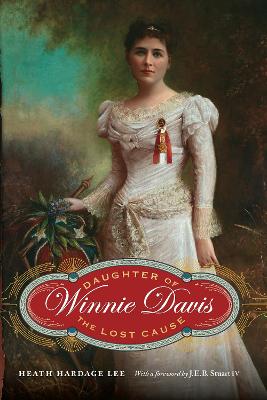 » Have you read this book? We'd like to know what you think about it - write a review about Winnie Davis book by Heath Hardage Lee and you'll earn 50c in Boomerang Bucks loyalty dollars (you must be a Boomerang Books Account Holder - it's free to sign up and there are great benefits!)

Heath Hardage Lee has a background in museum education and historic preservation. She holds a BA in history with honors from Davidson College and an MA in French language and literature from the University of Virginia. Lee started her museum career at the Levine Museum of the New South in Charlotte, North Carolina, and later worked for southern house museums Stratford Hall and Menokin Plantation. She has written on southern history for magazines, newspapers, and blogs, such as America's Civil War, Richmond Times-Dispatch, [Fredericksburg] Free Lance-Star, and Work Stew. Lee recently served as the coordinator of the history series for Salisbury House and Gardens in Des Moines, Iowa, and currently works as the editorial assistant for Virginia Magazine of History and Biography.

A Preview for this title is currently not available.
More Books By Heath Hardage Lee
View All

The League of Wives: The Untold Story of the Women Who Took on the US Government to Bring Their Husbands Home
Available, ships in 7-10 business days
$42.49 $49.99