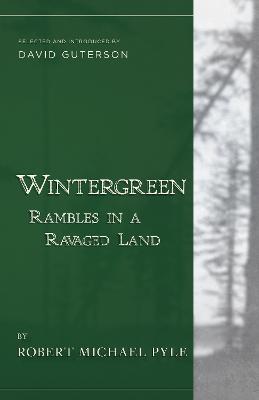 In the Willapa Hills of southwest Washington, both the human community and the forest community are threatened with extinction. Virtually every acre of the hills has been logged, often repeatedly, in the past hundred years, endangering both the land and the people, leaving dying towns as well as a devastated ecosystem. Weaving vivid portraits of the place and its inhabitants-animal, plant, and human-with the story of his own love affair with the hills, Robert Michael Pyle has written a book so even-handed in its passion that it has been celebrated by those who make their living with a chain saw as well as by environmentalists. As he writes, 'My sympathies lie with the people and the woods, but not with the companies that have used them both with equal disregard.

In his vivid portrayal of the land, plants, people and animals of the Willapa Hills of Washington State, Bob Pyle makes the modest patch of land he writes about a metaphor for the world.

» Have you read this book? We'd like to know what you think about it - write a review about Wintergreen book by Robert Michael Pyle and you'll earn 50c in Boomerang Bucks loyalty dollars (you must be a Boomerang Books Account Holder - it's free to sign up and there are great benefits!)

Robert Michael Pyle is the author of fourteen books, including Chasing Monarchs, Where Bigfoot Walks, and Wintergreen, which won the John Burroughs Medal. A Yale-trained ecologist and a Guggenheim fellow, he is a full-time writer living in southwestern Washington. David Guterson is the author of the novels East of the Mountains, Our Lady of the Forest, The Other, Ed King, and Snow Falling on Cedars, which won the PEN/Faulkner Award; two story collections, The Country Ahead of Us, the Country Behind and Problems With People; a poetry collection, Songs for a Summons; a memoir, Descent; and Family Matters: Why Homeschooling Makes Sense. He lives with his family on Bainbridge Island in Washington State.

A Preview for this title is currently not available.
More Books By Robert Michael Pyle
View All