The Wire in the Blood

Description - The Wire in the Blood by Val McDermid

Val McDermid's Number One bestselling crime series, featuring psychological profiler Dr Tony Hill and Jacko Vance - protagonist of new novel THE RETRIBUTION - in the suspenseful and ferociously readable thriller that led to the much-loved TV show. Young girls are disappearing around the country, and there is nothing to connect them to one another, let alone the killer whose charming manner hides a warped and sick mind.

Dr Tony Hill, head of the new National Profiling Task Force, sets his team an exercise: they are given the details of missing teenagers and asked to discover any possible links between the cases. Only one officer comes up with a theory - a theory that is ridiculed by the group ... until one of their number is murdered and mutilated.

For Tony Hill, the murder becomes a matter for personal revenge and, joined by colleague Carol Jordan, he embarks on a campaign of psychological terrorism - a game where hunter and hunted can all too easily be reversed.

Buy The Wire in the Blood by Val McDermid from Australia's Online Independent Bookstore, Boomerang Books.

Other Editions - The Wire in the Blood by Val McDermid 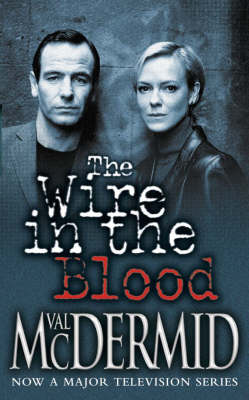 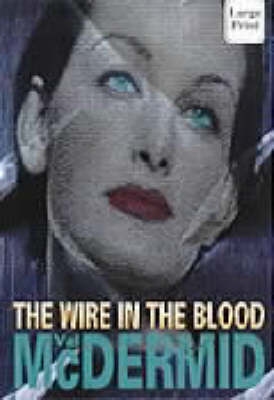 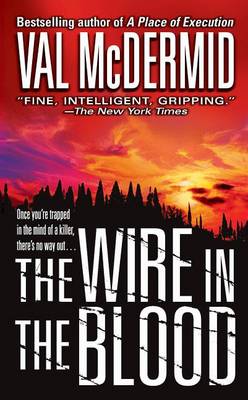 Book Reviews - The Wire in the Blood by Val McDermid

» Have you read this book? We'd like to know what you think about it - write a review about Wire in the Blood book by Val McDermid and you'll earn 50c in Boomerang Bucks loyalty dollars (you must be a Boomerang Books Account Holder - it's free to sign up and there are great benefits!)

Val McDermid grew up in a Scottish mining community then read English at Oxford. She was a journalist for sixteen years, spending the last three years as Northern Bureau Chief of a national Sunday tabloid. Now a full-time writer, she divides her time between Cheshire and Northumberland. Her novels have won international acclaim and a number of prestigious awards, including the Gold Dagger for best crime novel of the year, the Anthony Award for best novel, and the Los Angeles Times Book of the Year Award. Her thriller series featuring criminal profiler Tony Hill has been adapted into the much-loved TV series Wire in the Blood.

Broken Ground: An exhilarating and atmospheric thriller from the number-one bestseller
$16.79 $19.99