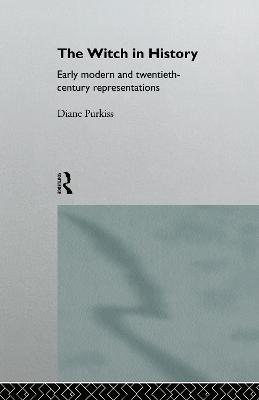 The Witch in History

Description - The Witch in History by Diane Purkiss

A symbol of everything that is dark about the past and woman, the witch continues to fascinate us in the late twentieth century. The Witch in History explores the sources of that fascination and its manifold forms through court records, early modern dramas, and the modern histories and fictions which draw upon them. This book argues that in early modern England, the witch was a woman's fantasy and not simply a male nightmare. Through witch-beliefs and stories about witches, early modern women were able to express and manage powerful and passionate feelings which still resonate for us today, feelings which could not be uttered in a seventeenth century context: unconscious fears of and fury with children and mothers. In our own era, groups as diverse as women writers, academic historians and radical feminists have found in the witch a figure who justifies and defines their own identities. Then too, there are those who still call themselves witches in 1990s Britain, who still practise magic and who invent their own histories of witchcraft to sustain them. Constantly reworked and debated, the witch is central to all these groups.
Looking at texts from colonial narratives to court masques, trial records to folktales, and literary texts from Shakespeare to Sylvia Plath, this book shows how the witch acts as a carrier for the fears, desires and fantasies of women and men both now and in the early modern period.

Other Editions - The Witch in History by Diane Purkiss 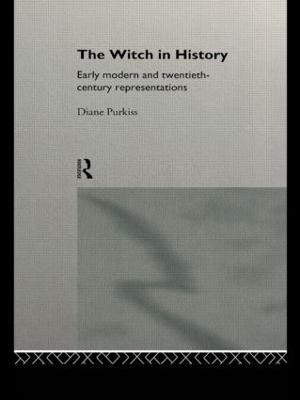 Book Reviews - The Witch in History by Diane Purkiss

» Have you read this book? We'd like to know what you think about it - write a review about Witch in History book by Diane Purkiss and you'll earn 50c in Boomerang Bucks loyalty dollars (you must be a Boomerang Books Account Holder - it's free to sign up and there are great benefits!)


A Preview for this title is currently not available.
More Books By Diane Purkiss
View All