Elizabeth Gaskell's Wives and Daughters is a story of romance, scandal and intrigue within the confines of a watchful, gossiping English village during the early nineteenth century. This Penguin Classics edition is edited with an introduction and notes by Pam Morris.
When seventeen-year-old Molly Gibson's widowed father remarries, her life is turned upside down by the arrival of her vain, manipulative stepfather. She also acquires an intriguing new stepsister, Cynthia, glamorous, sophisticated and irresistible to every man she meets. The two girls begin to confide in one another and Molly soon finds herself a go-between in Cynthia's love affairs - but in doing so risks losing both her own reputation and the man she secretly loves. Set in English society before the 1832 Reform Bill, Elizabeth Gaskell's last novel - considered to be her finest - demonstrates an intelligent and compassionate understanding of human relationships, and offers a witty, ironic critique of mid-Victorian society.
This text is based on the 1866 Cornhill Magazine version of the novel. It also includes notes on textual variants between this edition and the original manuscript, a note on the story's ending and an introduction discussing the novel's challenging investigation of themes of Englishness, Darwinism and masculine authority.
Elizabeth Gaskell (1810-65) was born in London, but grew up in the north of England in the village of Knutsford. In 1832 she married the Reverend William Gaskell and had four daughters, and one son who died in infancy. Her first novel, Mary Barton, was published in 1848, winning the attention of Charles Dickens, and most of her later work was published in his journals, including Cranford (1853), serialised in Dickens's Household Words. She was also a lifelong friend of Charlotte Bronte, whose biography she wrote.
If you enjoyed Wives and Daughters, you might like Thomas Hardy's The Return of the Native, also available in Penguin Classics.
'No nineteenth-century novel contains a more devastating rejection than this of the Victorian male assumption of moral authority'
Pam Morris

Other Editions - Wives and Daughters by Elizabeth Gaskell 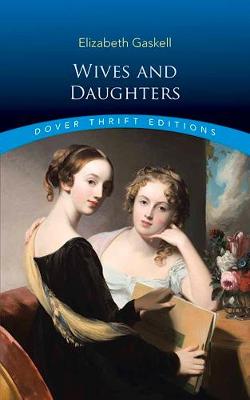 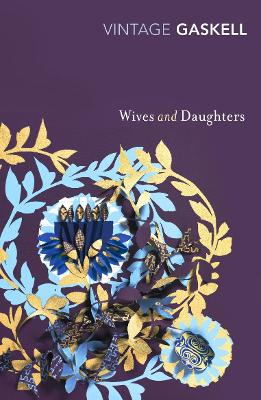 » Have you read this book? We'd like to know what you think about it - write a review about Wives and Daughters book by Elizabeth Gaskell and you'll earn 50c in Boomerang Bucks loyalty dollars (you must be a Boomerang Books Account Holder - it's free to sign up and there are great benefits!)

Elizabeth Gaskell was born in London in 1810 but spent most of her life in Cheshire, Stratford-upon-Avon. She married the Reverend William Gaskell and had four daughters by him. She worked among the poor, travelled frequently and wrote for Dickens'smagazine, Household Words. Elizabeth Gaskell was friends with Charlotte Bronte and consequently went on to write her biography.Pam Norris is Reader in Literature at Liverpool John Mooores University