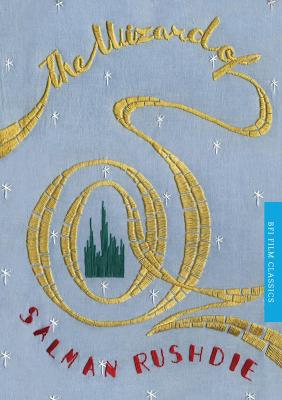 The Wizard of Oz

Description - The Wizard of Oz by Salman Rushdie

The Wizard of Oz 'was my very first literary influence,' writes Salman Rushdie in his account of the great MGM children's classic. At the age of ten he had written a story, 'Over the Rainbow', about a colourful fantasy world. But for Rushdie The Wizard of Oz is more than a children's film, and more than a fantasy. It's a story whose driving force is the inadequacy of adults, in which 'the weakness of grown-ups forces children to take control of their own destinies'. And Rushdie rejects the conventional view that its fantasy of escape from reality ends with a comforting return to home, sweet home. On the contrary, it is a film that speaks to the exile. The Wizard of Oz shows that imagination can become reality, that there is no such place like home, or rather that the only home is the one we make for ourselves. Rushdie's brilliant insights into a film more often seen than written about are rounded off with his typically scintillating short story, 'At the Auction of the Ruby Slippers,' about the day when Dorothy's red shoes are knocked down to $15,000 at a sale of MGM props. In his foreword to this special edition, published to celebrate the 20th anniversary of the BFI Film Classics series, Rushdie looks back to the circumstances in which he wrote the book, when, in the wake of the controversy surrounding The Satanic Verses and the issue of a fatwa against him, the idea of home and exile held a particular resonance.

Book Reviews - The Wizard of Oz by Salman Rushdie

» Have you read this book? We'd like to know what you think about it - write a review about Wizard of Oz book by Salman Rushdie and you'll earn 50c in Boomerang Bucks loyalty dollars (you must be a Boomerang Books Account Holder - it's free to sign up and there are great benefits!)

SALMAN RUSHDIE is the author of eleven previous novels Luka and the Fire of Life, Grimus, Midnight's Children (for which he won the Booker Prize and the Best of the Booker), Shame, The Satanic Verses, Haroun and the Sea of Stories, The Moor's Last Sigh, The Ground Beneath Her Feet, Fury, Shalimar the Clown and The Enchantress of Florence and one collection of short stories, East, West. He has also published three works of nonfiction The Jaguar Smile, Imaginary Homelands: Essays and Criticism 1981-1991, and Step Across This Line and coedited two anthologies, Mirrorwork and Best American Short Stories 2008. He is the former president of American PEN.