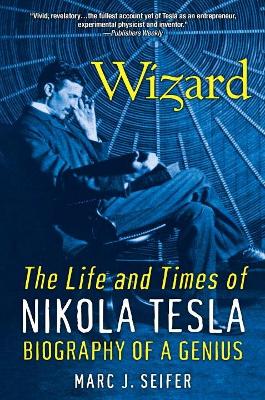 Wizard: The Life And Times Of Nikola Tesla

Biography of a Genius

Description - Wizard: The Life And Times Of Nikola Tesla by Marc J. Seifer

Nikola Tesla (1856-1943), credited as the inspiration for radio, robots, and even radar, has been called the patron saint of modern electricity. Based on original material and previously unavailable documents, this acclaimed book is the definitive biography of the man considered by many to be the founding father of modern electrical technology. Among Tesla's creations were the channeling of alternating current, fluorescent and neon lighting, wireless telegraphy, and the giant turbines that harnessed the power of Niagara Falls.

This essential biography is illustrated with sixteen pages of photographs, including the July 20, 1931, Time magazine cover for an issue celebrating the inventor's career.

"Wizard is a truly remarkable biography of a remarkable man. The expression 'ahead of his time' is used too loosely and too often today but in the case of Nikola Tesla 'ahead of his time' barely describes the genius of this man. Marc Seifer makes us understand not only the man but the times in which he lived."-Nelson DeMille

"A deep and comprehensive biography of a great engineer of early electrical science-likely to become the definitive biography. Highly recommended."-American Association for the Advancement of Science

"Vivid, revelatory . . . the fullest account yet of Tesla as an entrepreneur, experimental physicist and inventor."-Publishers Weekly

» Have you read this book? We'd like to know what you think about it - write a review about Wizard: The Life And Times Of Nikola Tesla book by Marc J. Seifer and you'll earn 50c in Boomerang Bucks loyalty dollars (you must be a Boomerang Books Account Holder - it's free to sign up and there are great benefits!)

A graduate of the University of Chicago and Saybrook University, Marc J. Seifer, Ph.D., is a retired psychology teacher from Roger Williams University. A handwriting expert who has testified in state and federal court, Dr. Seifer has lectured at West Point Military Academy, Brandeis University, the United Nations, the Open Center in New York, LucasFilms Industrial Light & Magic, at Oxford University and Cambridge University in England, and at conferences in Canada, Israel and Croatia and for the Serbian Academy of Sciences. His articles have appeared in Wired, Civilization, The Historian, Psychiatric Clinics of North America and Cerebrum. Featured in The New York Times, The Washington Post, The Wall Street Journal, The Economist and Scientific American, Dr. Seifer has also appeared on Coast to Coast Radio, NPR's oAll Things Considered,o oThe Morning Showo in Canberra Australia, on the BBC, and on TV on American Experience, The History Channel, and Associated Press International. Listed in Marquis' Who's Who in the World, he is also the author of the novels Rasputin's Nephew, Doppelgonger, Crystal Night, and Fate Line, and the non-fiction works Transcending the Speed of Light, The Definitive Book of Handwriting Analysis, and Framed! Murder, Corruption & a Death Sentence in Florida. His book Wizard- The Life & Times of Nikola Tesla has been translated into nine languages including Serbian, Russian and Chinese. 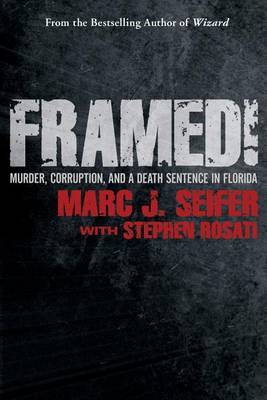 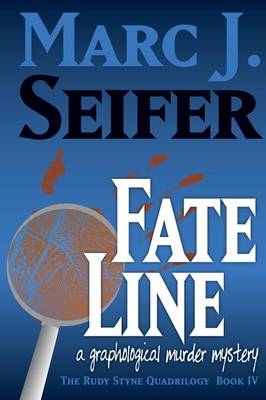 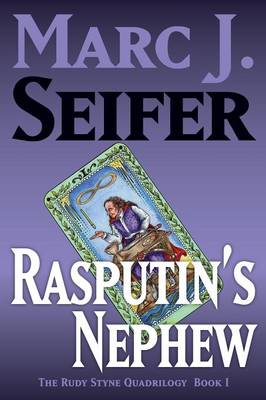 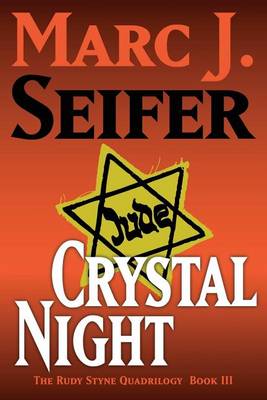