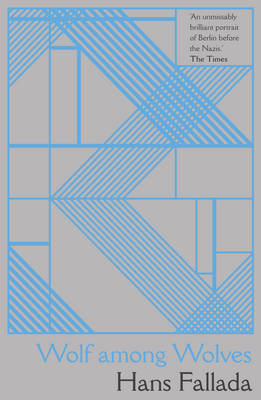 Wolf among Wolves is a sweeping saga of the collapse of a culture - its economy and government - and the common man's struggle to survive it all. Set in Weimar Germany soon after Germany's catastrophic loss of World War 1, the story follows a young gambler. Wolfgang Pagel, who loses everything in Berlin, then flees the chaotic city, where worthless money and shortages are causing pandemonium. Once in the countryside, however, Pagel finds a defeated German army that has decamped there to foment insurrection. Somehow, amidst it all, he finds romance. Fast-moving as a thriller, fascinating as the best historical fiction, and with lyrical prose that packs a powerful emotional punch. Wolf among Wolves is an immensely absorbing work of literature.

Other Editions - Wolf Among Wolves by Hans Fallada 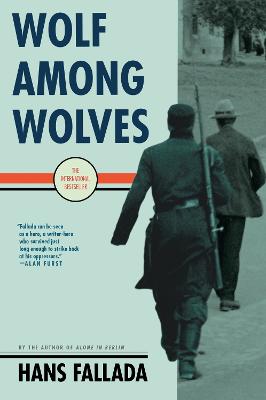 » Have you read this book? We'd like to know what you think about it - write a review about Wolf Among Wolves book by Hans Fallada and you'll earn 50c in Boomerang Bucks loyalty dollars (you must be a Boomerang Books Account Holder - it's free to sign up and there are great benefits!)

Hans Fallada was one of the best-known German writers of the twentieth century. Born in 1893 in Greifswald, north-east Germany, as Rudolph Wilhelm Adolf Ditzen, he took his pen-name from a Brothers Grimm fairytale. His most famous works include the novels, Little Man, What Now? and The Drinker. Fallada died in 1947 in Berlin.

A Preview for this title is currently not available.
More Books By Hans Fallada
View All