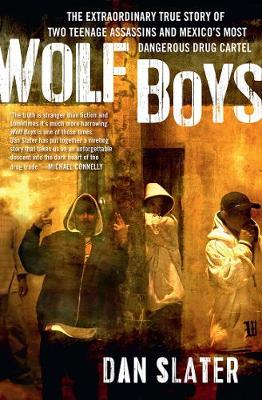 At first glance, Gabriel Cardona was the poster boy American teenager: athletic, bright, handsome and charismatic. But the streets of his border town of Laredo, Texas, were poor and dangerous, and it wasn't long before Gabriel, along with some childhood friends, abandoned his promising future for the allure of the Zetas, a drug cartel with roots in the Mexican military, boosting cars and smuggling drugs. Within a few months they were to become some of the cartel's most-feared killers: Los Lobos, The Wolf Boys.

Mexican-born detective Robert Garcia had worked hard all his life, struggling to raise his family in America. As violence spilled over the border into his adopted country, Detective Garcia's pursuit of the boys and their cartel leaders would place him face to face with the terrible consequences of a war he came to see as unwinnable.

Through the eyes of these young boys, whose actions and lives blended teenage normalcy with monstrous barbarity, Dan Slater takes us from the Sierra Madre mountaintops to the dusty, dark alleys of small-town Texas on a harrowing, often brutal journey into the heart of the Mexican drug trade. An astonishing, immersive, non-fiction thriller informed by extraordinary research and vivid detail, Wolf Boys uncovers the dark truth about Mexico's cartels and the tragic failure of the 'war on drugs'. 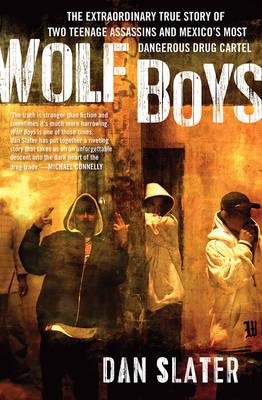 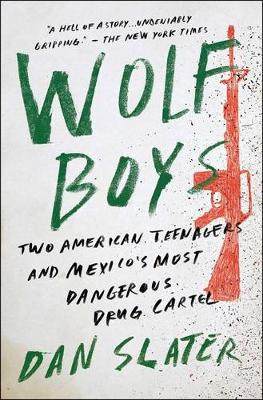 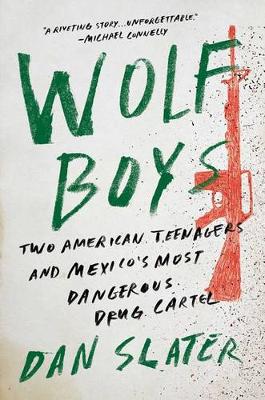 » Have you read this book? We'd like to know what you think about it - write a review about Wolf Boys book by Dan Slater and you'll earn 50c in Boomerang Bucks loyalty dollars (you must be a Boomerang Books Account Holder - it's free to sign up and there are great benefits!)

A lawyer-turned-writer, Dan Slater is the former legal affairs reporter for The Wall Street Journal and has written for The New York Times, The New Yorker, The Washington Post, The Boston Globe, New York magazine, The Atlantic, GQ, and Fast Company. He is the author of Wolf Boys and Love in the Time of Algorithms. A graduate of Colgate University and Brooklyn Law School, he lives in New England.

A Preview for this title is currently not available.
More Books By Dan Slater
View All