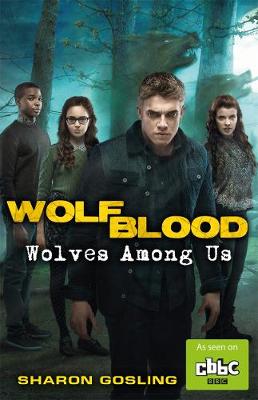 Description - Wolfblood: Wolves Among Us by Sharon Gosling

Their Wolfblood nature suspected, Maddy Smith and her family have been forced to leave their home of Stoneybridge and head for the safety and remoteness of Canada. Tom and Shannon are missing their friend horribly, and Rhydian is back to being a lone wolf. He'd finally found his pack, only to lose them. On top of this his trusted Wolfblood friend Jana has been shot while in the wild, and her life is in danger.

In this third thrilling story in the Wolfblood series, the humans and Wolfbloods will have to pull together to restore Jana to health, and fend off the continual threat from the wild Wolfblood pack; and Rhydian will have to confront old family disputes to work out where he really belongs.

Book Reviews - Wolfblood: Wolves Among Us by Sharon Gosling

» Have you read this book? We'd like to know what you think about it - write a review about Wolfblood: Wolves Among Us book by Sharon Gosling and you'll earn 50c in Boomerang Bucks loyalty dollars (you must be a Boomerang Books Account Holder - it's free to sign up and there are great benefits!)

Sharon started off as an entertainment journalist, writing magazine articles and books about science fiction television shows. In 2011, she wrote THE DIAMOND THIEF, (originally published as an ebook under the title REMY BRUNEL AND THE OCEAN OF LIGHT). Published in traditional format by Curious Fox as their launch title in 2013, THE DIAMOND THIEF went on to win the Redbridge Children's Award in 2014. The sequel, THE RUBY AIRSHIP, was published in April 2014, and the third in the series, THE SAPPHIRE CUTLASS, is due for publication in 2016. Sharon and her husband live in a very remote village in northern Cumbria, surrounded by fells, sheep, and a host of lovely neighbours who will one day make very good characters in their own book. When she's not writing, she bakes a lot of cake and bread, attempts to grow things in an allotment, and catches the baby rabbits unhelpfully brought in by the cat. Follow Sharon on Twitter: @sharongosling or on Facebook: https://www.facebook.com/goslingsharon