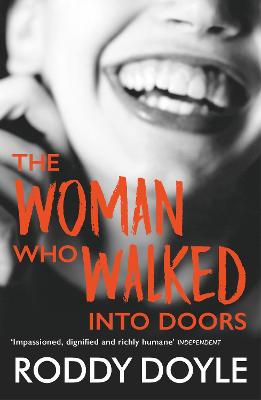 The Woman Who Walked Into Doors

Description - The Woman Who Walked Into Doors by Roddy Doyle

From the Booker Prize winning author of Paddy Clarke Ha Ha Ha and The Commitments- the story of an ordinary woman whose extraordinary character will stay with you long after reading.

'He loved me and he beat me. I loved him and I took it. It's as simple as that'

Paula Spencer is thirty-nine, the mother of four and learning to live without Charlo, her violent, abusive husband.

Paula's started drinking more and dreaming more, taking herself back to her contented childhood and audacious teenage years. Everything was better then, not least the music, the soundtrack to her romance with Charlo. As the past floats by and mingles with the present Paula Spencer finds herself coming alive, in all her vulnerability and her strength.

Book Reviews - The Woman Who Walked Into Doors by Roddy Doyle

» Have you read this book? We'd like to know what you think about it - write a review about Woman Who Walked Into Doors book by Roddy Doyle and you'll earn 50c in Boomerang Bucks loyalty dollars (you must be a Boomerang Books Account Holder - it's free to sign up and there are great benefits!)

Roddy Doyle was born in Dublin in 1958. His first novel, The Commitments, was published to great acclaim in 1987 and was made into a very successful film by Alan Parker. The Snapper was published in 1990 and has also been made into a film, directed by Stephen Frears. Paddy Clarke Ha Ha Ha, which won the Booker Prize in 1993, was the largest-selling winner in the history of the prize and has been published in nineteen languages. His latest novel is the sequel to The Woman Whob Walked Into Doors, Paula Spencer.

A Preview for this title is currently not available.
More Books By Roddy Doyle
View All