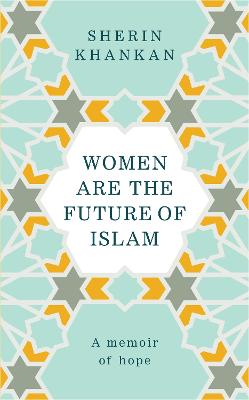 Women are the Future of Islam

Description - Women are the Future of Islam by Sherin Khankan

Founder the first mosque for women in Europe, Sherin Khankan challenges the bias towards masculinity and conservatism so often seen in Islam today.

The future of Islam is female

Named one of the BBC's 100 Women of 2016, and the subject of interviews in both The Times and the Guardian, Sherin Khankan is one of the very few female imams in the Western World. In addition she has founded the first mosque for women in Europe. In this urgent manifesto this remarkable woman challenges the idea that Islam should be defined by masculinity and conservatism.

In her revelatory book, she addresses urgent contemporary issues, such as the place for modern women in Islam, fundamentalism, radical Islamic groups, Islamic divorce, Sufism, and describes her own personal journey as a female Muslim activist.

Women Are The Future of Islam shines a feminist light on a gentler, more inclusive, more liberal - but also fully engaged - side of Islam that we rarely see in the West. It's an eye-opening, highly topical read.

Other Editions - Women are the Future of Islam by Sherin Khankan 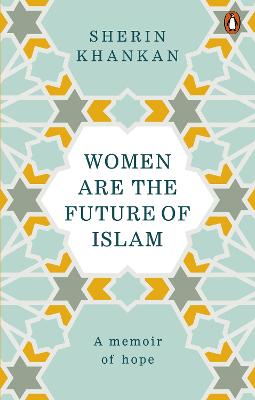 Book Reviews - Women are the Future of Islam by Sherin Khankan

» Have you read this book? We'd like to know what you think about it - write a review about Women are the Future of Islam book by Sherin Khankan and you'll earn 50c in Boomerang Bucks loyalty dollars (you must be a Boomerang Books Account Holder - it's free to sign up and there are great benefits!)

Sherin Khankan founded the first mosque for women in Europe and is one of the very few female imams in the world. Awarded an MA in the Sociology of Religion and Philosophy from the University of Copenhagen, she is a lecturer, published author, columnist, activist, and former television commentator on religion and society. In addition she is an expert in contemporary Islamic activism and Sufism in the Middle East. In August 2001 she founded the Association of Critical Muslims and, in 2014, the Exit Circle, Denmark's first self-help group against psychological abuse. In 2016 she founded the Mariam Mosque in Copenhagen, as well as Femimam, an international group of female and male scholars who advocate for the need for female imams. Also in 2016, she was chosen as one of the BBC's 100 Women, representing the world's most pioneering women. Sherin has a Syrian father, a Finnish mother and a Pakistani husband. She spent a year in Damascus before the war, studying Islam. Today she lives outside Copenhagen and is the mother of four children.