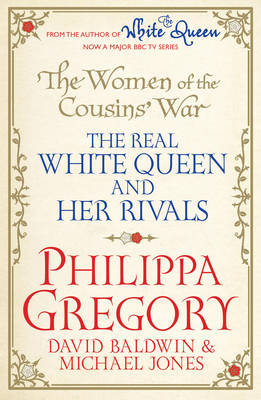 The Women of the Cousins' War

The Real White Queen And Her Rivals TV Tie-In

Description - The Women of the Cousins' War by Philippa Gregory

Elizabeth Woodville, The White Queen(2009), Margaret Beaufort, The Red Queen(2010), and Jacquetta, Lady Rivers, The Lady of the Rivers (2011) are the subjects of the first three novels in Philippa Gregory's Cousins' War series, and of the three biographical essays in this book. Philippa Gregory and two historians, leading experts in their field who helped Philippa to research the novels, tell the extraordinary 'true' stories of the life of these women who until now have been largely forgotten by history, their background and times, highlighting questions which are raised in the fiction and illuminating the novels.

With a foreword by Philippa Gregory - in which Philippa writes revealingly about the differences between history and fiction and examines the gaps in the historical record - and beautifully illustrated with rare portraits, The Women of the Cousins' Waris an exciting addition to the Philippa Gregory oeuvre.

Other Editions - The Women of the Cousins' War by Philippa Gregory 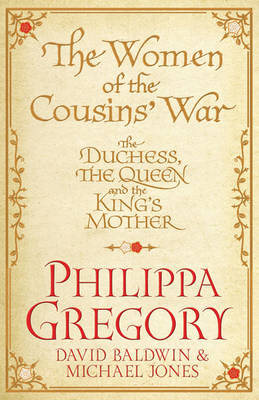 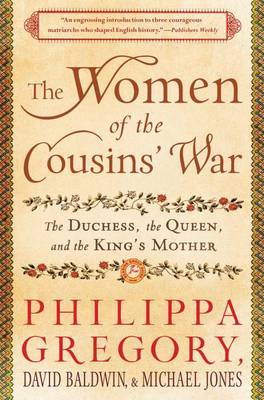 Book Reviews - The Women of the Cousins' War by Philippa Gregory

» Have you read this book? We'd like to know what you think about it - write a review about Women of the Cousins' War book by Philippa Gregory and you'll earn 50c in Boomerang Bucks loyalty dollars (you must be a Boomerang Books Account Holder - it's free to sign up and there are great benefits!)

Philippa Gregory was an established historian and writer when she discovered her interest in the Tudor period and wrote the internationally bestselling novel The Other Boleyn Girl. Her Cousin's War novels, reaching their dramatic conclusion with The King's Curse, were the basis for the highly successful BBC series, The White Queen. Philippa's other great interest is the charity that she founded over twenty years ago: Gardens for the Gambia. She has raised funds and paid for over 200 wells in the primary schools of this poor African country. Philippa is a former student of Sussex University and a PhD and Alumna of the Year 2009 of Edinburgh University. In 2016, she was presented with the Outstanding Contribution to Historical Fiction Award by the Historical Writers' Association. Her love for history and commitment to historical accuracy are the hallmarks of her writing. Philippa lives with her family on a small farm in Yorkshire and welcomes visitors to her site www.PhilippaGregory.com David Baldwin taught history at the Universities of Leicester and Nottingham for many years, and is the author of four books dealing with people and events of the Wars of the Roses, including the acclaimed Elizabeth Woodville, Mother of the Princes in the Tower. Michael Jones did his Ph.D. on the Beaufort family, and subsequently taught at the University of South West England, the University of Glasgow, and Winchester College. He is a Fellow of the Royal Historical Society and now works as a writer and media presenter. He is the author of six books, including The King's Mother, a highly praised biography of Margaret Beaufort, which was shortlisted for the Whitfield Prize.