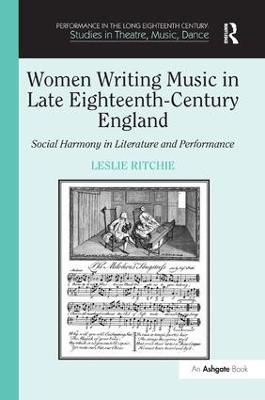 Social Harmony in Literature and Performance

Combining new musicology trends, formal musical analysis, and literary feminist recovery work, Leslie Ritchie examines rare poetic, didactic, fictional, and musical texts written by women in late eighteenth-century Britain. She finds instances of and resistance to contemporary perceptions of music as a form of social control in works by Maria Barthelemon, Harriett Abrams, Mary Worgan, Susanna Rowson, Hannah Cowley, and Amelia Opie, among others. Relating women's musical compositions and writings about music to theories of music's function in the formation of female subjectivities during the latter half of the eighteenth century, Ritchie draws on the work of cultural theorists and cultural historians, as well as feminist scholars who have explored the connection between femininity and performance. Whether crafting works consonant with societal ideals of charitable, natural, and national order, or re-imagining their participation in these musical aids to social harmony, women contributed significantly to the formation of British cultural identity. Ritchie's interdisciplinary book will interest scholars working in a range of fields, including gender studies, musicology, eighteenth-century British literature, and cultural studies. 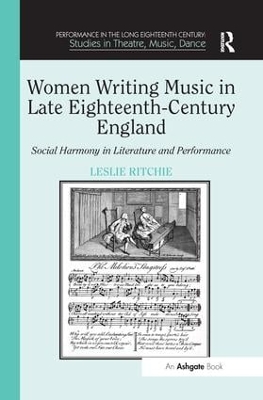 » Have you read this book? We'd like to know what you think about it - write a review about Women Writing Music in Late Eighteenth-Century England book by Leslie Ritchie and you'll earn 50c in Boomerang Bucks loyalty dollars (you must be a Boomerang Books Account Holder - it's free to sign up and there are great benefits!)

A Preview for this title is currently not available.
More Books By Leslie Ritchie
View All