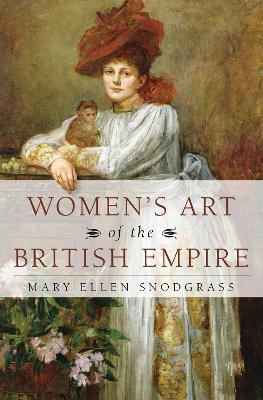 Women's Art of the British Empire

The spread of the British Empire around the globe made vast changes in the relationship of peoples to places. Because the logistics of colonization varied, countries passed in and out of the empire, some rapidly and others slower or by degrees. Multiculturalism broadened the world's ability to read the English language and understand and adopt England's ethics and morals. Into the early twentieth century, the posting of the British army and navy and the establishment of English-style embassies and police forces in remote colonies freed single travelers, especially women and children, of the fear of violence or kidnap. As a result, girls and women found outlets for creativity by exploring unfamiliar lands.

In Women's Art of the British Empire, Mary Ellen Snodgrass provides an overview of multiracial arts and crafts from Great Britain's Empire. Drawing upon primary sources, this volume encompasses a wide variety of artistic accomplishment, such as:

Each entry includes a comprehensive bibliography of primary and secondary sources, as well as further readings on the female artists and their respective crafts. With its informative entries and extensive examinations of artistic talent, Women's Art of the British Empire is a valuable resource for students, scholars, and anyone interested in learning about the history of women and their artistic contributions.

» Have you read this book? We'd like to know what you think about it - write a review about Women's Art of the British Empire book by Mary Ellen Snodgrass and you'll earn 50c in Boomerang Bucks loyalty dollars (you must be a Boomerang Books Account Holder - it's free to sign up and there are great benefits!)


A Preview for this title is currently not available.
More Books By Mary Ellen Snodgrass
View All