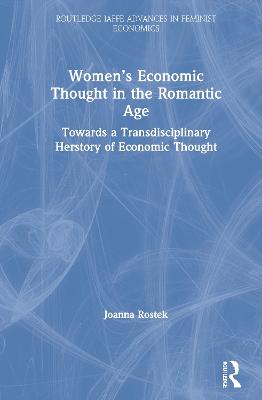 This book examines the writings of seven English women economists from the period 1735-1811. It reveals that contrary to what standard accounts of the history of economic thought suggest, eighteenth- and early nineteenth-century women intellectuals were undertaking incisive and gender-sensitive analyses of the economy.

Women's Economic Thought in the Romantic Age argues that established notions of what constitutes economic enquiry, topics, and genres of writing have for centuries marginalised the perspectives and experiences of women and obscured the knowledge they recorded in novels, memoirs, or pamphlets. This has led to an underrepresentation of women in the canon of economic theory. Using insights from literary studies, cultural studies, gender studies, and feminist economics, the book develops a transdisciplinary methodology that redresses this imbalance and problematises the distinction between literary and economic texts. In its in-depth readings of selected writings by Sarah Chapone, Mary Wollstonecraft, Mary Hays, Mary Robinson, Priscilla Wakefield, Mary Ann Radcliffe, and Jane Austen, this book uncovers the originality and topicality of their insights on the economics of marriage, women and paid work, and moral economics.

Combining historical analysis with conceptual revision, Women's Economic Thought in the Romantic Age retrieves women's overlooked intellectual contributions and radically breaks down the barriers between literature and economics. It will be of interest to researchers and students from across the humanities and social sciences, in particular the history of economic thought, English literary and cultural studies, gender studies, economics, eighteenth-century and Romantic studies, social history, and the history of ideas. 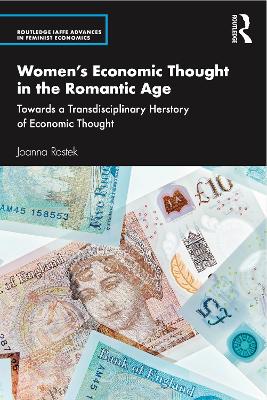 » Have you read this book? We'd like to know what you think about it - write a review about Women's Economic Thought in the Romantic Age: Towards a Transdisciplinary Herstory of Economic Thought book by Joanna Rostek and you'll earn 50c in Boomerang Bucks loyalty dollars (you must be a Boomerang Books Account Holder - it's free to sign up and there are great benefits!)


A Preview for this title is currently not available.
More Books By Joanna Rostek
View All